In a male-dominated Forex market, it's a popular belief that there are only a few female traders. While this isn't exactly false, statistics show that there's been a significant rise in women trading the markets, some of whom have risen to the top.

In fact, studies show that 41.8% of women consider themselves as experienced in trading the market, just 12.7% lower than experienced male traders.

The big difference between the genders, however, is that women tend to be better traders. A study on female stock traders showed that most of them buy stocks when the markets are falling. This may be considered a loss in the short term, but it can also mean significant gains in the long term, resulting in better portfolio performance.

Do women and men trade differently?

Yes. Most women have the requisite qualities and psychology of a successful trader. They have the recipe that helps them make better trading decisions and react to the market more positively, whether they’re losing or winning.

While most male traders tend to overtrade or revenge trade following a loss or a losing streak, women tend to have better control over their emotional response. This allows them to step back and analyse what went wrong and what should be the next best move.

They’re also great at following a system or a trading plan. Think about it, baking is often thought to be a female domain because it requires a baker to follow a recipe down to the last point. Most men tend to wing it or change their strategies at a whim.

Most Remarkable Female Traders and Investors 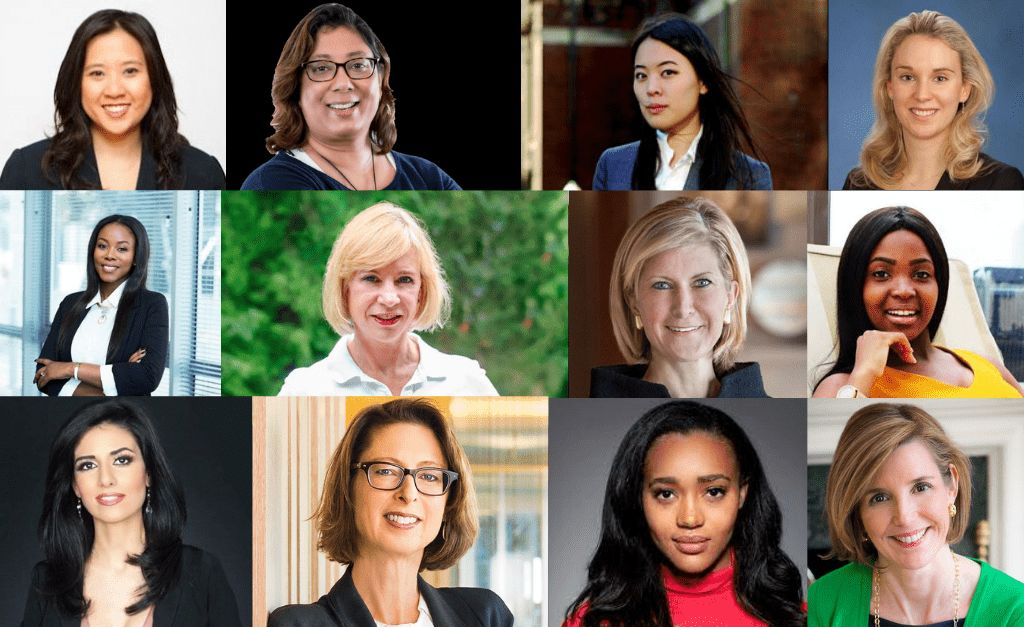 Co-founder of BKForex.com and Managing Director of FX Strategy for BK Asset Management, Kathy Lien boasts a career in finance, specifically with Wall Street, which started at the age of 18. At 21, she launched DailyFX.com after she joined FXCM. Her focus was on G20 currencies.

She's also a renowned author and writer for high-profile websites such as Investopedia.

Some of Kathy's books on Forex trading are:

The first one on the list is highly recommended for beginners of Forex trading.

An expert in trading spot currencies, futures, equities, and options across any time frame, Raghee Horner is a renowned female trader, specifically famous for the GRaB and Wave Premium Indicator she created.

Her trading style is based on a system and process that follows a specific sequence. She uses technical and fundamental analysis and price action to identify an objective and systematised strategy that she can deploy.

She's the Managing Director of Futures Trading and writes content for Simpler Trading.

She graduated from the Stern School of Business of the New York University at 19 and later worked for Wall Street before she owned and managed her company. Currently, she is the CEO of a private wealth and asset management firm, Family Office.

Nelisiwe Masango is an aspiring neurosurgeon who later realised her calling in the finance and investment world. After switching her academic focus from healthcare to finance, she studied entrepreneurial management but later dropped out of the course to learn Forex trading. It was then she discovered her penchant for trading, resulting in her huge success.

Despite the risks involved, her decision to drop everything else and start trading was something she considered truly her own. Today, she is considered one of the most successful Forex traders in South Africa.

Known the world over as one of the best commodities and futures traders, Linda started trading professionally in 1981. She later founded her own hedge fund in 2002 but continues to trade for her personal account.

Linda has written and co-authored several books, including Trading Sardines and Street Smarts: High Probability Trading Strategies for the Futures and Equities Markets, which she wrote with Laurence A. Connors, TradingMarkets' CEO and Chairman.

Linda is particularly known for her ability to act on trading patterns and trade with consistency and longevity.

Her net worth of over $82 million stems from a long career in finance that started from what she called a glorified mailroom job to the current position she holds today. Mary and her team are known to willingly close funds and abandon investment strategies that are underperforming and open new ones.

Nobuhle Catherine Anajemba is a digital entrepreneur and one of the top female Forex traders in South Africa.

She founded Women In Forex (WIF), an online institution that trains and mentors people in Binary Options, Cryptocurrencies, and Forex. It also has subsidiaries that offer signal subscriptions to non-profitable traders.

In 2018, her net worth was valued at approximately R100 million, making her the Richest Forex Woman in Africa. She's affectionately known in the business world as Bosslady. Did we mention that she's still in her mid-twenties?

Kiana Danial is a successful trader, entrepreneur, author, and executive coach. She is the CEO and Founder of Invest Diva, a firm dedicated to educating minorities, especially women, on finance. She's also an internationally recognised expert on personal investing and wealth management.

Some of the books she's written include:

Abigail Johnson is the CEO of Fidelity Investments, a mutual fund giant that her grandfather founded and her father managed before she took over in 2016. With an estimated 24.5% stake, her net worth is $20.9 billion. In 2018, Fidelity Investments launched a platform for trading Bitcoin and Ether.

Lauren Simmons broke records when she became the youngest and currently the only full-time female trader at the New York Stock Exchange (NYSE) at just 23 and the second African American woman on Wall Street in 226 years.

She has a degree in genetics but made the switch to finance and trading stocks for Rosenblatt Securities. Being the only female wasn't easy, but she's proven any woman can break into a male-dominated industry. Her advice? “No to limiting beliefs, and say yes to yourself.”

Lucy Baldwin made it to the list of 30 Under 30: Finance twice, once alongside Jennifer Fan.

She highly recommends that traders possess strong IQ and emotional intelligence if they're to succeed in the trading world.

Although not a trader, specifically, Sallie Krawcheck deserves a spot on our list as she's created a platform that empowers and supports women in business and finance.

She's the Co-Founder and CEO of a digital investment platform for women called Ellevest with a goal to redefine investing for women as a means to close the gender gap in the industry. Sallie also chairs Ellevate Network, a global community of women that advocates gender equality in the workplace.

If these women successfully broke through the male-dominated Forex market, you can too. You can help make the gender gap that much smaller, if not completely levelled. Whether you pursue trading in the stock exchange or foreign exchange market, you are sure to benefit from becoming a successful female trader.

Now, if you’re looking for inspiration to get started in Forex trading, we have just what you need. 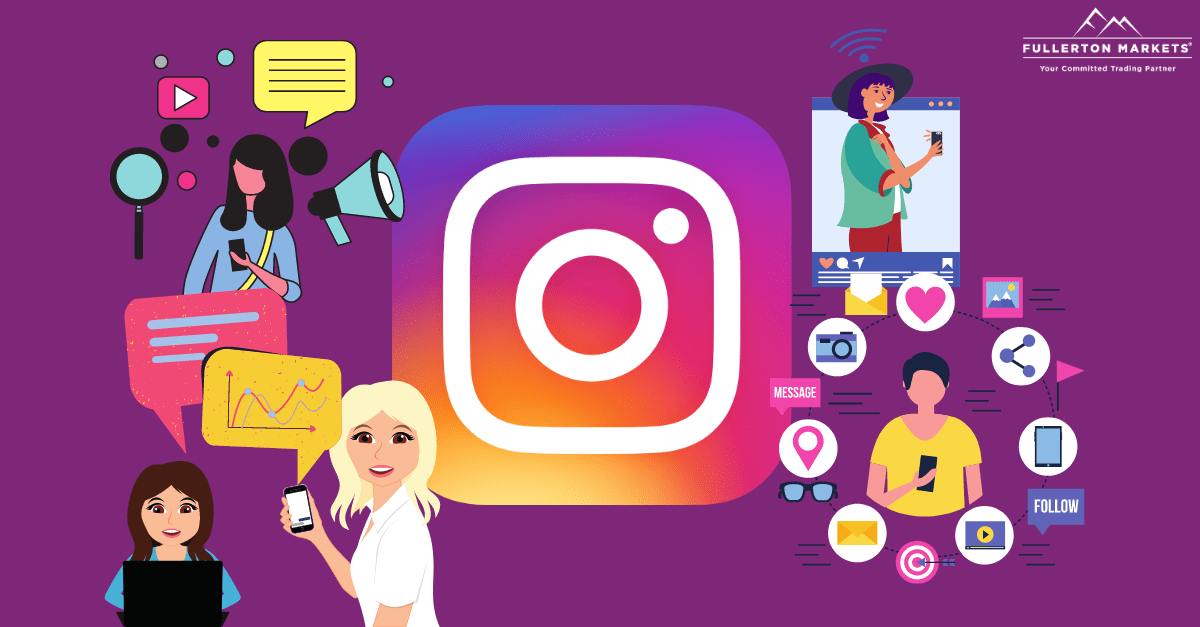 Dubbed as one of the first female traders in the world, Hither Mann has more than 200,000 followers. She's a trainer, speaker, and the founder of Fortune Academy, a wealth coaching organisation.

From being a nurse, Kimberly Torres, the woman behind The Forex Chick, has now become a successful female trader. She shares her inspirational journey and Forex trading tips on her Instagram account. Currently, she has over 70,000 followers.

A professional Forex trader and account manager, Hannah Forex offers tips and shares other related content to over 47,000 of her followers. She also uploads videos on YouTube that document her Forex journey.

Shabz Fazl is a female trader and risk manager whose primary goal is to empower other women in Forex. She's also a mindset mentor. Follow her on Instagram and become one of her 11,300 followers.

Combining her love for the gym and Forex, entrepreneur Sabina Goliášová takes the meaning of health and wealth to a new level. All 9,110 of her followers are treated to a unique mix of content because she's also keen on spirituality and hookah.

The woman behind Rezeki is a trader and investor who shares motivational content, investing tips, and her trading journey on Instagram. She has over 1,800 followers.

This account is the extension of the education website of the same name where you get tips and information on trading and investing in general, not just Forex.

Follow these women on Instagram to get a glimpse of what the Forex lifestyle is all about. It may not be an instant success, but it will be a fantastic one once you learn to think and act like a successful Forex trader.

Ready to grow your wealth from the world's largest financial market and become the next top female trader? No better place to start than right here with us! Begin trading with Fullerton Markets today by opening an account: