Will the US Dollar Collapse? How to Make Sense of the Dollar Amid the Long-term Crisis 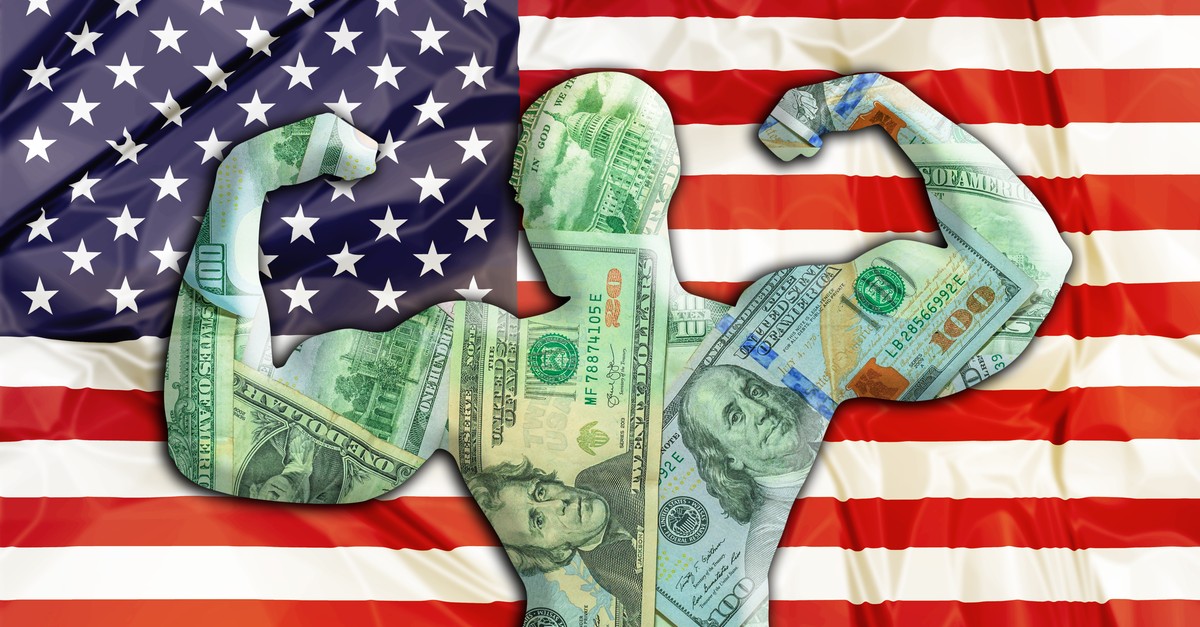 When the financial world is teetering, investors view the US currency as the safest haven, even more so than gold, the yen or the Swiss franc.

As the coronavirus outbreak reached pandemic status, people began panic buying staples: rice, pasta, noodles, and the US dollar. The demand was so intense that the US Federal Reserve stepped in to help foreign central banks and others get their hands on the greenback in March. It was a similar situation as during the 2008-2009 financial crisis, when calls grew louder for an end to the global dominance of a single currency. Yet, just over a decade on, the dollar still reigns supreme.

Because of its sheer prevalence. The US currency is on one side of almost 90% of foreign-exchange transactions and accounts for two-thirds of international debt. Virtually all international trades in oil are priced in dollars. Jean-Claude Juncker, the former president of the European Commission, said it was “absurd” that 80% of Europe’s energy imports are priced in dollars. The greenback’s ubiquity makes nations beholden to fluctuations in its value, ties their economies to decisions made in Washington and serves to amplify dangerous shocks to the financial system, like the one triggered by the pandemic.

Financial market reflects the similar phenomenon. When the financial world is teetering, investors view the US currency as the safest haven, even more so than gold, the yen or the Swiss franc. As the grim economic implications of the virus outbreak strained markets in March, demand for the dollar soared, pushing other currencies lower. Countries with significant debt denominated in dollars suddenly faced higher repayments just as they were confronted with looming recession. Banks — wary of lending to other banks during the eye of a financial storm — started hoarding the greenback, pushing gauges of funding stress to their highest levels in more than a decade. It was the Fed’s actions that prevented dollar shortfalls turning into currency crises.

The US currency has dominated since the end of World War II, when world leaders met at Bretton Woods, New Hampshire, to establish a system to manage foreign exchange and linked their currencies to the dollar. The push to dial back the greenback has its origins partly in the 1998 currency crisis, when Asian nations got caught borrowing too many dollars and were plunged into recession. Fast forward a decade, and Asia’s amassing of dollars to build currency reserves helped fuel a US credit binge that triggered the sub-prime mortgage crisis.

Dollar’s influence is unlikely to shrink. The share of currency trades in dollars increased to 88.3% in 2019 from 87.6% in 2016, according to the Bank for International Settlements. The proportion of foreign reserves held in dollars has remained steady around 60% over the past decade. The currency’s usage in global payments tracked by financial institutions has risen since 2010. And credit extended to non-banks in dollars more than doubled over a decade to a record $12.1 trillion by September 2019.

Any move away from the greenback involves bother and expense. Shifting to the euro, yuan or ruble means higher costs and difficulty finding banks to handle business. Faced with US sanctions, Russia has succeeded in loosening the dollar’s grip. The country now has a higher share of reserves in euros (30%) than in dollars (23%). The euro has also overtaken the dollar as Russia’s main currency in trade with China and is close to doing the same in trade with the European Union. But diversification comes with perils attached: When the dollar rallied in March, the value of Russia’s international reserves plunged by 5% in a week.

Can any currency take on the dollar?

There’s certainly a will, such as yuan and euro. Still, the yuan accounted for just 4% of currency trades in 2019 after China shifted its focus from turning it into a freely convertible currency without government restrictions to promoting it as a reserve currency and stable asset in times of stress. The euro, which was involved in 32% of foreign-exchange transactions in 2019, is the only currency that comes anywhere close to the dollar, but its allure was undermined by the region’s 2010 sovereign debt crisis and the European Central Bank’s use of negative interest rates.