When Everything is Down, Buy Gold 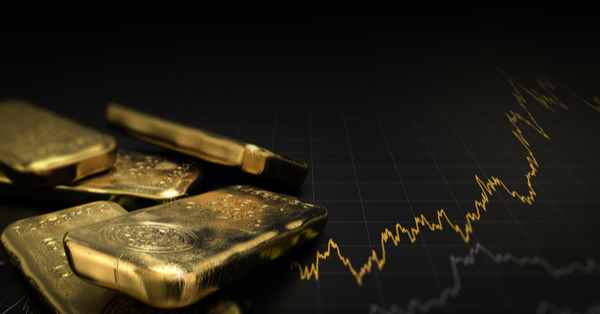 When there is no positive news to stop bad sentiment, gold is one of the very few assets that you can buy. Even Japanese yen is a risky bet as trade tensions between the two largest economies may send the dollar higher and higher.

Gold took a stride towards $1,600 an ounce as the US-China trade war worsened, hurting the outlook for global growth and boosting demand for the traditional safe haven as risk assets suffered.

Bullion futures rallied as much as 1.8% to hit $1,565 an ounce on the Comex, the highest since 2013. Silver was also favoured, with spot prices up as much as 2.1%. The advances in the week’s opening session followed gains on Friday.

In an escalation on Friday, China threatened to impose additional tariffs on $75 billion worth of American goods including soybeans, automobiles and oil. That prompted Trump to say he will hike existing duties on about $250 billion in Chinese goods, while a new round of tariffs on $300 billion worth of goods will be taxed at 15%, up from 10%.

Gold is showing its mettle once again as a store of value during times of crisis, surging more than 20% this year as Washington and Beijing have squared off. The two sides traded fresh blows on Friday, and over the weekend, President Donald Trump kept up his hard line. The fight is hurting economic growth, boosting the likelihood of additional US rate cuts from the Federal Reserve.

Global bonds rallied anew Monday with 10-year Treasury yields sinking to a three-year low. Benchmark US yields dropped below 1.5% to their lowest since Aug 2016, while those in Japan, Australia and New Zealand fell amid concerns that a bruising trade war will hamper global growth. Traders sought safe haven assets after the latest exchange of tariffs between the world’s two biggest economies.

With the rift growing, overnight index swaps are pricing in almost three rate cuts by the Federal Reserve by the end of the year, as Chairman Jerome Powell warned Friday that the US economy faces “significant risks.” After slapping higher tariffs on Chinese goods, President Trump has threatened to order American companies to leave China.

This pair may drop towards 0.6690 this week as risk sentiment slumps.

This pair may drop towards 104.80 amid poor risk sentiment.

We expect price to rise towards 1560 this week.