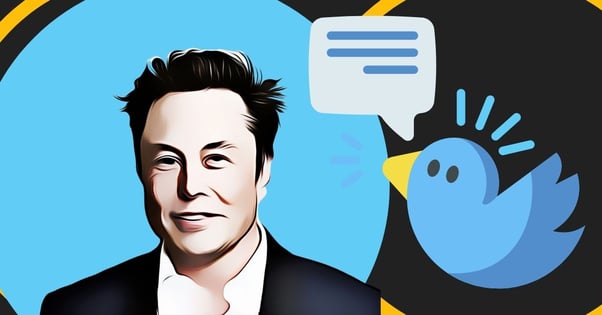 After what seemed to be a thrilling dance of "I want you, I don't want you," Twitter finally agreed to sell Twitter to Elon Musk's initial bid of $44 billion.

Is it a case of the social network finally relenting to Musk's often unorthodox way of doing business? What will this deal mean to current shareholders?

What Shareholders Can Expect from the Musk-Twitter Deal

Musk offered to buy the company at $54.20 per share or $44 billion in cash. Current shareholders could earn almost 10% if the deal goes through.

Now might be a good time to start investing or adding more Twitter stocks to your portfolio.

If the opposite happens, however, the stock price could drop to 30% or back to the price the stock was traded before Musk bought a stake in the company.

Another thing you should be aware of is that when the purchase goes through, Twitter will be privatised. It will be delisted from the stock exchange and won't be available for public trading.

Unless you're one of the 2,000 private shareholders that SEC regulations allow, you'll automatically receive cash payouts for the Twitter shares you own.

This is a risk you'll have to consider and prepare for when buying shares from a company that may go private. But it might not be so bad with Twitter since you’ll receive an automatic cash payout at a price higher than your initial purchase.

What makes Twitter so attractive and desirable to Musk that he bought a $2.9-billion stake to become its biggest shareholder?

It's not exactly a secret that the billionaire often uses unusual tactics to get things done and his approach to acquiring Twitter is no different. Merger-and-acquisition experts, however, say that Musk's strategy incorporates sound negotiation principles even if it's half-cocked.

His pursuit of the company, however, is not because Twitter is a great business. It’s even riddled with problems that Musk will have to fix when he takes over. He sees more to it than just being a company that needs fixing, however.

1. It has social and political worth.

Twitter is a popular choice for prominent and influential people to use as a communication tool. Sure, there are just as many ordinary people using it but it's often considered a platform of the elite and Musk knows it.

Celebrities, politicians, business leaders and other key figures use the platform to share and amplify their thoughts and opinions. Whoever has the ability to control the exchange will hold so much power.

3. It has hidden potential.

In his letter to Twitter, Musk said that "Twitter has extraordinary potential" as a platform for free speech and he will unlock it.

Moreover, during his recent TED talk, Musk said he wants Twitter's algorithm to be made public. "It’s just really important that people have both the reality and the perception that they’re able to speak freely within the bounds of the law."

If there's one takeaway from all this is that something worth pursuing should be pursued by any means possible. Musk also talked about a Plan B should the deal with Twitter fail.

While the deal has yet to finalise, you should cash in on Twitter stocks. Trade stock CFD so you can profit regardless of whether the price rises or falls.


Ready to grow your wealth in the world's largest financial market and enjoy unlimited bonuses at the same time? No better place to start than right here with us! Start trading with Fullerton Markets today by opening an account:

You might be interested in: How to Build a Portfolio That Guarantees Peace of Mind even During Uncertain Times