What the Easing of US-China Trade Tension Means for Euro

ECB may continue to loosen monetary measures amid economic uncertainties in the region, short EUR/USD?

US-China trade tension in a truce, Europe may become the next target

A newly sealed trade truce with the US reduced a key source of anxiety for Chinese policymakers but leaves them with another challenge: a need to boost consumer and business confidence as the country faces more downward pressure on its massive economy.

On Friday, Chinese officials said the country emerged from 2019 with an official economic growth of 6.1%, well within the government’s target range of 6% to 6.5% but the lowest level in nearly three decades.

The outlook remains cloudy, and some private sector economists warn that growth in the world’s second-largest economy could slip even further this year to below 6%. Trade, investment, consumer spending and business confidence are all on retreat, while the economy continues to suffer indigestion from debt that had helped fund its remarkable bulk-up and is proving difficult to slash.

Last year’s trade offensive from China’s chief economic and geopolitical rival, the US, presented a headache for Beijing’s policymakers. American tariffs and a campaign targeting the country’s corporate champions took a toll on China’s exports and business confidence throughout the year. Nomura economists calculate the trade war, coupled with slower global growth, have shaved 1 percentage point off China’s 2019 GDP figure.

The two sides this week took steps to settle the dispute with an agreement by China to import more from the US, though tariffs and angst will linger over a commercial relationship that is critical to both countries.

With a China trade deal signed and a new North American deal passed by Congress, the European Union stood out as the big US trading partner who is unable to reach a significant trade pact with the Trump administration.

As the White House contemplates the next steps of its trade agenda, the EU suddenly finds itself, instead of China, under the most urgent threat of tariffs, and under the most pressure to negotiate.

The US Trade Representative has prepared two sets of tariffs aimed at Europe: one in retaliation for a French digital services tax, another because it says Europe hasn’t done enough to end subsidies of the aircraft manufacturer Airbus SE. In addition, the administration has never abandoned the idea of imposing tariffs on the European automobile industry, that was first floated nearly two years ago.

The Europeans should take US concerns very seriously and also recognise that there is a possibility that the president will go forward with aggressive action if he feels that it is justified by facts. 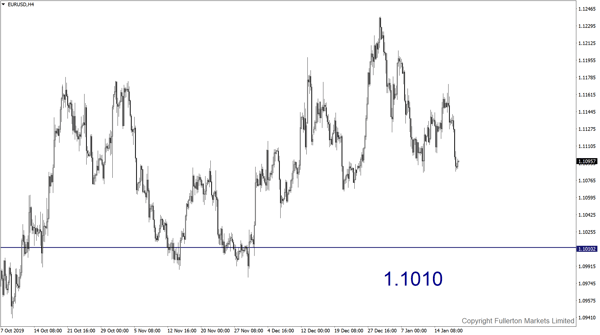 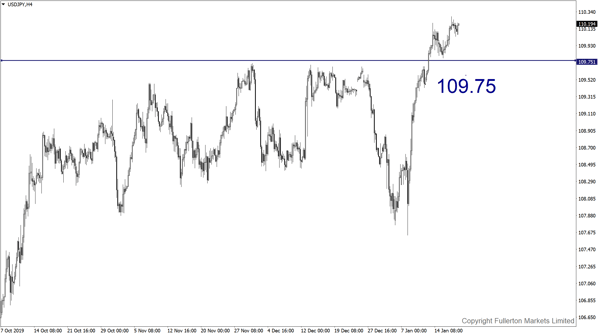 This pair may fall towards 1575 this week