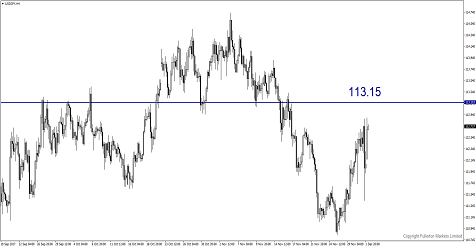 USD/JPY heads towards their biggest gain since 20th October after Senate Republicans approved a reduction in the corporate tax rate, giving a boost to President Donald Trump’s stimulus plans. How does this impact the FX market? That's because the Fed can now hike the interest rates more frequently in 2018.

The 51-49 vote was achieved last Saturday, bringing the GOP close to delivering a much-needed policy win for their party and President Donald Trump. After the vote, Trump said on Twitter that he look forward to signing a final bill before Christmas.

At the time of writing, the House and Senate plans will lower the corporate tax rate from 35% to 20%, doubling the standard deduction and expanding the child tax credit that many Americans used to lower their tax bill. This also allowed companies to fully and deduct the cost of their spending on equipment for five years instantly. On the website PredictIt on Sunday, bettors were assigning an 80 % probability to Congress passing a corporate tax cut by the end of 2017, up from 35 % on Nov. 17.

According to a Bloomberg survey conducted in early November with 33 economists, the results showed that the planned cuts in the House bill would likely boost US economic growth by a quarter percentage point in 2018. The Atlanta Fed GDPNOW index suggested US GDP will expand 3.47% in the fourth quarter, up from 2.74% in its previous release on 30th Nov. Given the growth outlook scenario, we think Fed could raise their interest rates by four times in 2018. Such pace would push the Fed target rate into 2.5% by end of next year. Average spread between US 10-year Treasury yield and US Fed fund rate stands at 94 bps for the past 10 years. Hence the 10-year Treasury yield may climb towards 3.5% if the Fed were to exercise a 100 bps hike.

China Vice-Finance Minister Zhu Guangyao said that the US tax reform would have significant impact on the world’s biggest economy, and its spill over effect would not be negligible because the world’s economies are closely intertwined. We think that the most important data to watch in 2018 would be the US nonfarm payrolls and its inflation data. Any significant acceleration in these data would bring the “dollar bulls” back into FX market.

This pair could rise towards 113.15 in coming days given that US tax reform is seen as an almost done deal.

The improvement in risk sentiments might drive the Dow index towards 24500 this week.

Price may fall towards 1264 this week amid strong dollar outlook.