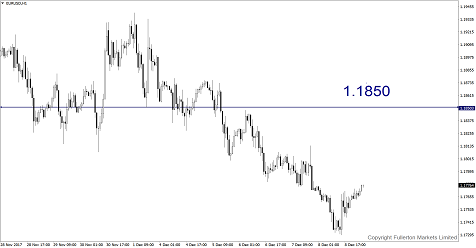 The US jobs market remained as a key driver for the economy and investors see Federal Reserve interest-rate hike this week as a near-certainty. The lack of acceleration in wages however remained as a puzzle that could factor into the pace of increment in 2018.

US November jobs report provided critical insight into the hiring trend after the September and October data were significantly distorted by hurricane effects. Payrolls rose 228,000 in November, above the economists’ estimate of 195,000 earlier. The unemployment rate held at 4.1% unchanged, staying at the lowest since late 2000.

A broader context of November’s payrolls revealed that the hiring trend is beginning to accelerate, consistent with relatively stable productivity as the pace of economic activity accelerates. This trend is likely to persist for some time as GDP is in the midst of advancing from 1.8% in 2016 to a close 2.5% in 2017, continuing to accelerate through 2018. Moreover, manufacturers have also been producing jobs since the end of the second quarter. Factory payrolls over the last four months have increased 27,000 on average, one of the most since April 2012.

The average hourly earnings increased 2.5% from a year earlier, lesser than the earlier 2.7% estimates despite October’s figures being revised lower. The weaknesses in average hourly earnings were concentrated in utilities and manufacturing according to the data. As wage pressures are rising slowly, solid hiring but tepid wage gains suggested things were not as tight as the unemployment rate suggests.

Jobs report did not change much expectation on the Fed’s path of policy normalization. The fixed income market had little reaction as the 2-year Treasury note had little change at 1.79% from the prior 1.81% and the benchmark 10-year Treasury was yielding 2.38% which is the same as before. The Fed funds futures market continued to place a 98% likelihood of a rate hike at the FOMC December meeting.

What to watch for ECB press conference?

The ECB in October announced the extension of its quantitative easing program until at least September 2018, at a reduced monthly pace of 30 billion euros. The exact details of how these asset purchases would be scaled down could also be revealed. Lastly, the release of fresh official forecasts might  include a revision to inflation.

USD long positions could be taken profit after the Fed’s rate hike this week, which may lift this pair towards 1.1850. 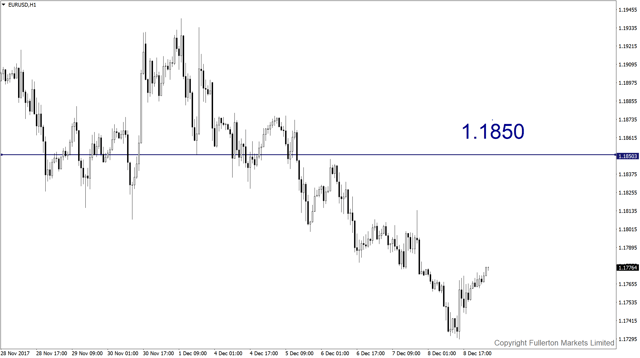 This pair may drop towards 113.10 as some profit-taking seen after Trump’s tax reform 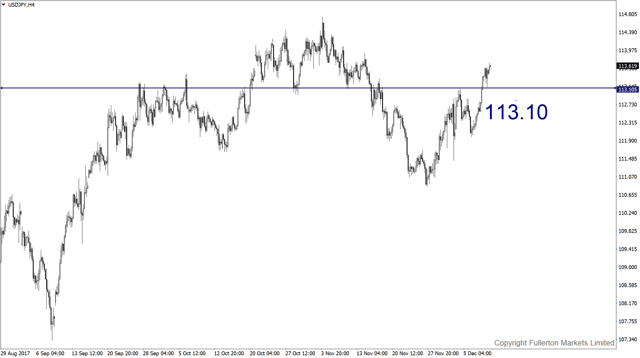 We expect price to rise towards 1255 this week. 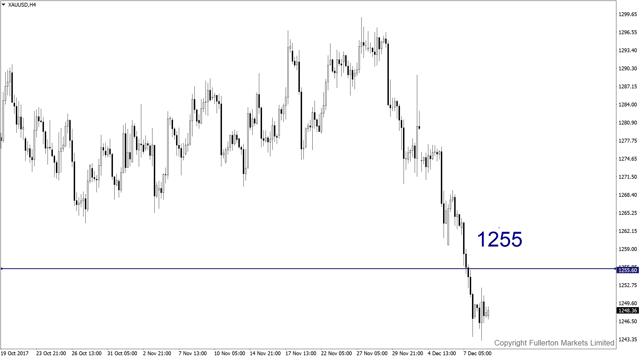 We expect ECB to keep the rate unchanged at 0.00%