US Jobs Data Crushed Hopes On Fed To Change Tone 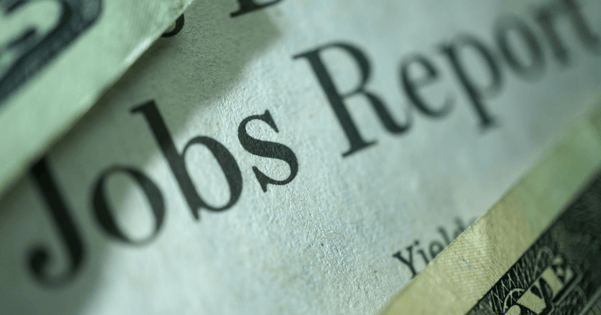 The robust September US jobs report significantly bolsters the case for a fourth consecutive 75-basis-point hike at the November FOMC meeting. The labour market remains tight, and the supply of workers isn’t growing fast enough to bring down wage growth.

Adjusted for slowing productivity growth, wage growth is running at least triple the pace consistent with the Fed’s price target. Concerns about a wage-price spiral will keep the Fed hiking well into 2023 until rates reach 5%.

Headline nonfarm payrolls increased by 263k in September. The two-month net revision shows hiring was 11k higher over the previous two months than previously thought. The household survey painted a similar picture. The participation rate edged down to 62.3%.

The unemployment rate dropped to 3.5%, below the consensus of 3.7%. The reason for the decrease is bad: More people left the labour force. If measured with the pre-pandemic participation rate, unemployment would be 5.2%, the same as the previous month.

Growth in average hourly earnings remained at a monthly pace of 0.3%, meeting the consensus expectation. Year on year, it slipped to 5.0%. Even with moderation in nominal wage growth, the underlying pressure on core inflation will remain if productivity growth is sluggish.

In the meantime, the labour market is not cooling fast enough to give the Fed a reason to pivot yet. The Federal Reserve and the Bureau of Labour Statistics teamed up to beat down doves and bulls alike this week, scorching notions that the central bank would pivot toward easing. Stocks still eked a positive return for the first week in four.

There has been a steady drumbeat of data to suggest that rate hikes are starting to bite in the real economy, and equity investors are nervous ahead of earnings season, which will kick up a notch with the big banks next Friday. Earnings expectations are behaving as they did before prior recessions.

Treasuries started the week with a blistering rally on expectations of a change in tone from the Fed. But jobs data and Fed speakers crushed the market’s hopes. Atlanta Fed President Raphael Bostic said he favours raising rates to between 4% and 4.5% by the end of this year and then keeping them there. His colleague from San Francisco, Mary Daly, hammered home the message. She said the Fed would hike until rates were restrictive and then hold.

Overnight indexed swaps are pricing for a higher terminal rate of 4.65% in March, and expectations for the November 2023 meeting, which had fallen to 4.22% on Monday, jumped to 4.49% on Friday.