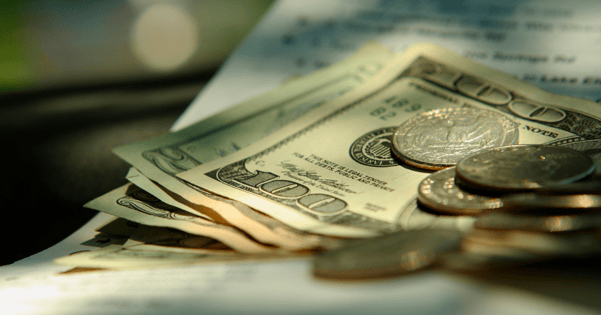 The dollar’s strength is becoming a self-reinforcing risk, which could become a headwind to world economic growth and put financial markets at risk. Should the dollar continue to rise, risk assets, even traditional safe-haven assets like gold, could continue to suffer.

Concerns over the slowdown in global growth have recently sent the dollar index to the strongest level in 20 years, with the greenback hitting multi-decade highs against currencies such as the euro and the yen. Against the backdrop of higher-than-expected inflation and still-elevated commodities prices, the Fed is hiking interest rates at the fastest pace in decades.

The move risks becoming a self-fulfilling feedback loop given that the vast majority of cross-border trade is still denominated in dollars, and a stronger U.S. currency has historically translated into a broad hit to the world economy.

Of course, there have been periods of notable dollar strength before, such as in 2016 or 2018. Back then, the currency gained as the Fed sought to tighten policy and stopped once the central bank stayed its hand. With data released last week showing U.S. CPI surging 9.1% year-on-year in June, the Fed has much less room to reverse the tightening path.

The key question is to what extent the stronger dollar reduces the Fed’s inclination to go harder on interest-rate hikes in the coming months. Dollar’s role in global trade means that a stronger U.S. currency can lead to a tightening of global financial conditions and a hit to real investment.

The U.S. currency also has a special position in world markets. Investors tend to rush to the safety of dollar-denominated assets when they are worried, sending the currency even higher. That is one reason why the dollar surged when markets crashed in March of 2020 and why it has been strengthening now.

Major central banks worldwide are now in tightening mode, or about to be, complicating the current situation. The European Central Bank is expected to begin hiking rates this month for the first time since 2011. Germany, in particular, faces a double economic whammy as soaring natural gas prices also cut into its manufacturing sector.

Emerging-market assets will be the front for re-pricing on sustained dollar strength. EM currencies are already straining under the weight of USD gains which will, in turn, be a drag on EM equities and bonds. Foreign investors have withdrawn around $71billion out of stock markets in emerging Asia, excluding China, so far this year, double the outflows in 2021.

Europe is also vulnerable. With the euro floundering near parity versus the dollar, it is doing little to support European stocks as inflation stays high. U.S. companies may not be spared, and services priced in USD could become too high for overseas consumers.