Top 3 Cryptocurrencies That Will Explode in 2022 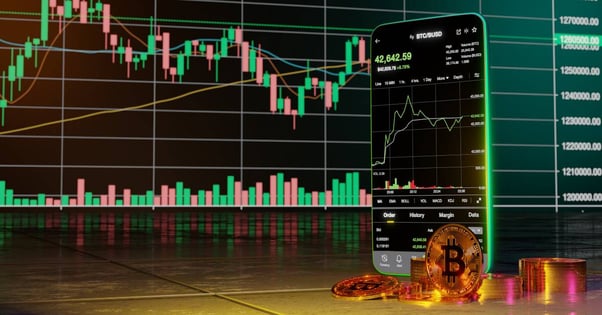 Cryptocurrencies have the tendency to explode and then implode at any given time. It's probably the most exciting financial instrument for risk-takers and fearless traders. After all, the higher the risk, the bigger the rewards.

However, this doesn't mean being risk-averse is bad for your portfolio's health. This is especially true when you trade crypto CFD since you can generate revenue regardless of the market direction by executing either a long trade or short trade.

You can further safeguard your portfolio against the high volatility of the cryptocurrency market by placing a stop loss when you trade with Crypto CFDs. In addition, be on the lookout for digital currencies that are likely to dominate the market in the coming years.

Are you ready for the "Alphas"? Let's get right into it!

Before we delve into the exciting part, let's first identify the factors that influence the price movements of digital currencies.

Similar to other financial instruments, the value of cryptocurrencies is determined by supply and demand. The only difference is that the supply may be fixed, has no cap, or “burned.”

Bitcoin's maximum supply, for example, is capped at USD21 million. Ethereum’s supply, on the other hand, doesn’t have an explicit cap.

When the Ethereum network was created, there were 72 million generated at the launch, and 18 million Ether can potentially be mined every year. In reality, this has gone down due to the complexity of mining, increasing the computational time, and slowing the rate of block creation. Ethereum also needs to be burned once in a while.

In the crypto universe, burning is a process done to control prices. The tokens are sent to wallets that have no access key, rendering them lost forever. Burning can be done to all cryptocurrency coins.

For example, Vitalik Buterin, the co-founder of Ethereum, burned 90% of his Shiba Inu token. Almost USD0.5 million worth of Ethereum has also been burned by the hour, following the Ethereum London Hard Fork upgrade.

Cryptocurrencies that are more accessible in more exchanges tend to have more investors. This pushes the demand up, resulting in an increase in price.

Mining for cryptocurrency costs money. If the cost increases, the value of the digital currency should also increase so miners can afford to offset the production cost.

However, not all coins can be mined. Mining is only true for cryptocurrencies that have proof-of-work and proof-of-stake.

As of November 2021, there are over 7,500 coins in existence. If any of the newer digital coins prove better or have improved upon a limitation of existing cryptos, they're likely to take away some value from the incumbent.

Which cryptocurrencies will boom in 2022?

There's no exact formula to determine which digital currency is likely to perform well in the coming years or remain stable and successful.

However, based on the factors that influence prices, adoption rate, and investor perception, you can get a good idea of which cryptocurrencies are likely to dominate the market in 2022.

Bitcoin remains a strong cryptocurrency despite going through a correction in October. As the oldest, longest, and first-mover of the market, its popularity remains strong.

Moreover, Bloomberg is bullish on the digital token, predicting its price to reach USD400,000 by next year.

Many cryptocurrency experts also predict Bitcoin prices to continue to climb around USD80,000 and likely hit USD5 million by 2030.

It's important to note, however, that Bitcoin's supply is finite. As of April 2021, roughly 89% of its supply has already been reached. Price direction could be influenced by production. This is why some consider a potential bubble on the price outlook of Bitcoin.

However, the next Bitcoin halving is due to occur in 2024. This has historically been shown to drive the price up. During all three halvings, Bitcoin prices soared:

Bitcoin halving cuts the inflation rate by half, as well as the number of new Bitcoins to enter circulation.

Also known as Ether, Ethereum has been the second-largest cryptocurrency in the world for a long time. Following the London upgrade, which comprises five proposals for major updates for the platform, the crypto is predicted to steal the top spot from Bitcoin in 2022.

Ethereum is moving to PoS (proof-of-stake) from proof-of-work (PoW), which will remove some of its limitations in terms of barrier to entry, energy efficiency, immunity, and support for shard chains. This means faster validation and increased utility of the digital currency.

DOT's price reached an all-time high in November at USD55 and experts believe it can soar further with upcoming developments. The scheduled parachain auctions were the catalyst for November's price increase, and 2022 is predicted to be the year of big releases for the DOT.

Parachains allow many transactions to be processed over parallel chains, improving scalability. They can be customised to have their own economies and tokens.

Polkadot founder Gavin Wood tweeted, "With the first 11 parachain auctions coming to Polkadot next month, along with the 100 or so available slots to be filled, this could boost Polkadot’s presence in the crypto sector, and could cement the multichain system’s rising status.”

These are the three cryptocurrencies that are likely to boom in 2022. Of course, the cryptocurrency market is highly unpredictable and the list could look different by the first quarter of 2022.

This is why it's important to stay on top of cryptocurrency news. Stay informed on market conditions so you can make the right trading move.

For a safer way to trade digital currencies, trade CFD instead. You can profit from the price movements whether they go up or down, provided your speculation is correct.

Ready to grow your wealth in the world's largest financial market and enjoy unlimited bonuses at the same time? No better place to start than right here with us! Start trading with Fullerton Markets today by opening an account: