The Latest Rally In Stocks Is Just Bear Rally, And It Is Not Going To Sustain 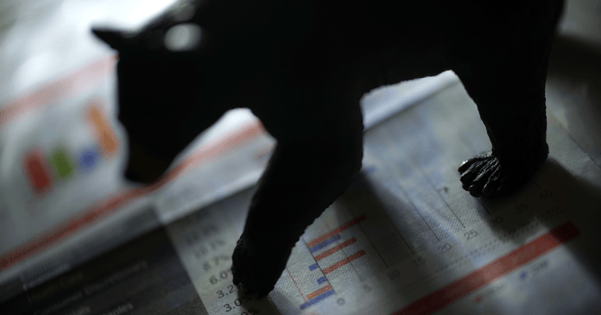 Stocks slumped most of last week. Then, they unexpectedly surged Thursday, only to tumble again Friday. What happened? It could be another bear rally.

US stocks ended the volatile week in a gloomy mood after wiping out the best part of Thursday’s post-CPI surprise rebound. The dollar rediscovered its strength as Fed swaps pointed to back-to-back jumbo hikes in the next two meetings.

Some investors say the market’s roller-coaster ride as of late seems like a classic bear-market rally: a case of beaten-down markets temporarily bouncing higher, only to resume selling off.

Stocks have often posted some of their biggest gains of the year amid their worst selloffs, like after the dot-com bubble burst in 2000, in the months before Lehman Brothers collapsed in 2008 and after the start of the Covid-19 pandemic in 2020.

That is because sometimes one-sided bets against the market can become so big that investors wager that prices have dropped too much—making it, in their eyes, a good time to start buying again.

As markets react to interest-rate hikes and the threat of a recession, stocks have entered bear-market territory. Some of that dynamic appeared to be in play last week. In the coming days, investors will get another fresh set of data to consider, including new information on existing-home sales. Companies like Bank of America Corp., Netflix Inc. and United Airlines Holdings Inc. will report quarterly earnings.

Markets had been hit by almost relentless selling heading into their short-lived rally Thursday: The S&P 500 had fallen in 16 of the previous 20 trading days and had dropped to its lowest level in nearly two years.

Investors had also grown increasingly pessimistic. The share of individual investors who believed stocks would be lower in six months rose last week to 56%, hovering above its long-term average for the 46th time in 47 weeks, according to the American Association of Individual Investors.

In theory, once the market has fallen enough, it might seem like investors have priced in all the bad news that could materialise. The S&P 500’s 25% decline this year, for instance, has put it on course for its worst year since 2008 and is greater than the median peak-to-trough decline for stocks in recessions going back to 1949.

And, in the case of the selloff at the beginning of the pandemic, stocks eventually held their ground after bottoming in March 2020.

Yet many investors are wary of the potential for more pain, especially because stocks have made several attempts at a bounce back this year, only to slide further down the line.

US government bond liquidity stress has now exceeded March 2020 levels and the Federal Reserve has limited ability to calm markets while fighting inflation. One of Australia’s biggest pension funds, Aware Super, is keeping cash aside to deploy when cracks appear.