Tempted To Buy The Dip On Tech Stocks? FOMC Will Reveal If It Is Time 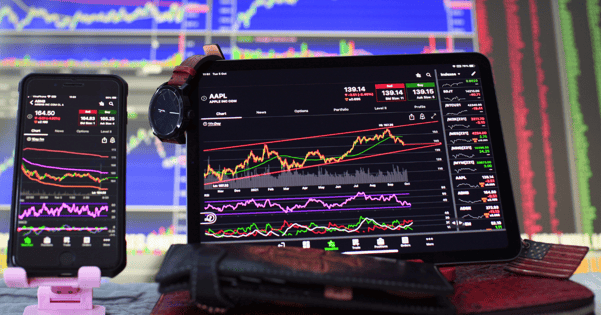 Fed officials are planning towards another interest-rate rise of 0.75 percentage points at their coming meeting this week and are likely to debate then whether and how to signal plans to approve a smaller increase in coming meetings if inflation shows a sign of moderating.

Some officials have begun signalling their desire both to slow down the pace of increases soon and to stop raising rates early next year to see how their moves this year are slowing the economy. They want to reduce the risk of causing an unnecessarily sharp slowdown. Others have said it is too soon for those discussions because high inflation is proving to be more persistent and broader.

Such expectations have been built into stocks. The S&P 500 closed up 2.4% on Friday, with all 11 sectors posting gains. The Fed has raised its benchmark federal-funds rate by 0.75 points at each of its past three meetings, most recently in September, bringing the rate to a range between 3% and 3.25%. Officials are raising rates at the most aggressive pace since the early 1980s. Until June, they had not raised rates by 0.75 points since 1994.

Fed policymakers face a series of decisions. First, do they raise rates by a smaller half-point increment in December? And if so, how do they explain to the public that they are not backing down in their fight to prevent inflation from becoming entrenched?

Markets rallied in July and August on expectations that the Fed might slow rate rises. That conflicted with the central bank’s goals because easier financial conditions stimulate spending and economic growth. The rally prompted Fed Chairman Jerome Powell to redraft a major speech in late August to disabuse investors of any misperceptions about his inflation-fighting commitment.

Amazon, Meta and Alphabet’s stocks all tanked last week after disappointing earnings, but some investors looking to buy tech stocks on the dip should hold off for now due to an easier Fed policy outlook.

Instead, market participants should wait for a notable change in tone from the Federal Reserve on interest rates, as some would not go out of the risk spectrum and start buying tech just yet because that is likely not going to see a sustainable recovery until you see a pivot in Fed speak. That is why the upcoming Fed meeting is crucial.

If Fed does not give any signal to loosen, then we think it is still too early to rotate into mega-cap tech. There are signs that the market wants to rally, but we are somewhat straddled between Fed speak and higher interest rates.