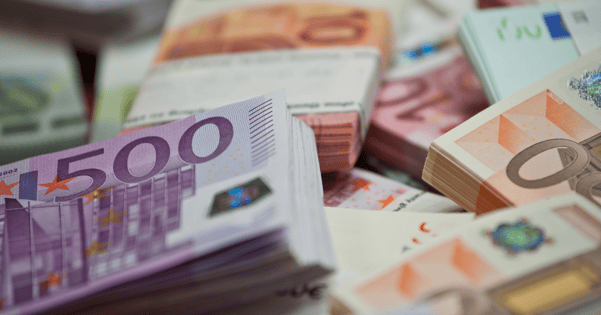 Russia-Ukraine conflict sends the eurozone economy substantially lower, with both the Manufacturing PMI and Consumer Confidence Index sliding, while the Fed continues to raise rates. These factors can cause the euro to weaken against the dollar in the near term.

The war’s impact rippled quickly through Europe by disrupting already-strained supply chains, weakening confidence and sending raw-material and energy prices soaring. The lifting of pandemic restrictions on Europe’s services sector is softening the blow for now. However, economists expect this positive effect to fade and the war to take a heavier toll on growth as higher energy costs push consumer prices up.

The United Nations Conference on Trade and Development Thursday lowered its forecasts for economic growth this year, in response to the invasion. It now expects the global economy to grow by 2.6%, having previously expected to see an expansion of 3.6%. Much of the slowdown will occur in the eurozone, where we expect to see a growth of just 1.7%, half of what it had previously expected. By contrast, it lowered its forecast for U.S. growth to 2.4% from 3%.

Many European countries rely heavily on Russia for energy supplies, including oil and natural gas that is transported through pipelines. Energy prices had been rising in the months leading up to Russia’s invasion of its neighbour on 24th Feb and have been increasing since then on worries that supplies will be interrupted over coming months.

As a result, eurozone businesses reported the sharpest rise in costs since the survey began to collect records in 1998. The subindex that measures costs rose to 81.6 in March from 74.8 in February, well above the previous record high of 76.0 in November 2021. In response, businesses raised their prices.

The invasion also dealt a blow to eurozone consumer confidence, according to a survey released by the European Commission Wednesday. The monthly poll recorded weaker sentiment in early March comparable to that seen when the pandemic struck in early 2020.

S&P Global said Europe’s automobile makers were among the hardest hit businesses in the early weeks of the invasion. The conflict caused shortages of some parts that are made in Ukraine, leading to the suspension of output at some factories across Europe. However, those supply blockages appear to be easing.

On March 16, the Federal Reserve approved its first interest rate hike in more than three years. Central bank members also pencilled in six more rate increases for the remainder of the year, a hike for each upcoming meeting.

Since then, Fed Chair Jerome Powell said, at an economists’ conference this past Monday, that the central bank could boost rates even more aggressively, if needed, to tamp down inflation. Wall Street has heightened its expectations for a tougher stance from the Fed, with traders anticipating half-point rate hikes at upcoming central bank meetings.