No Major FX Will Outperform Next Year? 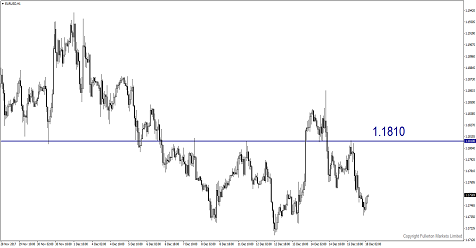 Afraid of the global tightening? This might not necessary. Central banks around the world are gingerly trying to take away policy stimulus accumulated in past years without adding much volatility. Led by interest-rate increases by the Fed and PBOC, central banks around the world are shifting towards a tighter monetary stance last week. Yet, the moves were considered as tiny, and the language about future policy outlook seemed fairly balanced.

Another year of synchronized global growth in 2018 is very likely as both the Fed and ECB revised  their growth forecast even though they signalled that they would be slowly scaling back the stimulus. Here we looked at what other central banks did after the Fed raised the rate:

In the Euro dollar futures market, which is hyper-sensitive to Fed policy, showed that market does not believe Fed is looking to accelerate tightening paces. Most traders doubt that Fed is going to raise rates three time in 2018 given the prospect of tame inflation. This can be seen in the flatness of the spread between Euro dollar contracts that settle in December 2018 and December 2019. The gap remains close to its 2017 low, signalling traders see limited risk of a hawkish Fed in coming years.

Major central banks have moved slowly to reduce stimulus while inflation remains muted and below their targets. All of them are watching each other to ensure that their policy isn’t running in front of their peers and this can be seen in ECB meeting last week. While ECB’s Draghi said on Thursday that he has grown more confident that inflation would eventually rise to the central bank’s goal, ECB’s own staff forecast doesn’t even see that happening by 2020. These sentiments would eliminate the gain in euro.

Trump’s tax reform debates may continue to weigh on greenback. Expect this pair to rise towards 1.180 this week.

We expect this pair may drop towards 112 amid price consolidation

We expect price to rise towards 1260 this week.