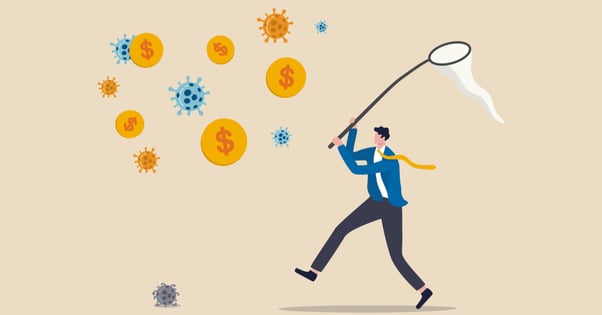 Federal Reserve officials have something new to talk about in their policy meeting this week, which is to lend more support to the financial markets in 2021.

This might sound a little absurd. Covid-19 infections, hospitalisations and deaths are hitting new records. States and localities are imposing new restrictions on dining and other activities. Claims for unemployment benefits are rising, and the jobless rate fell in November for the wrong reasons—more workers stopped seeking jobs.

But last week’s emergency authorisation by the U.S. Food and Drug Administration of a coronavirus vaccine developed by Pfizer Inc. and BioNTech SE, plus a second candidate from Moderna Inc. also under review, is a potential economic game-changer because it could reduce uncertainty for households, businesses and policy makers.

Fed officials face an economic outlook with little precedent. Economic growth is at risk of slowing further in the next few months and then revving up. How to navigate these developments will be the focus of the central bankers’ two-day meeting that concludes this week.

Central-bank policy decisions are guided not just by a baseline forecast but also by how officials weigh the balance of risks: What are the worse-than-expected outcomes? What are the better-than-expected ones? Which are more likely to materialise? And how easy or difficult would it be for policy makers to respond to either?

Since the pandemic hit, the dangers of worse-than-expected outcomes have loomed very large— for example, a re-run of the financial crisis that gripped Wall Street in March. Alternately, the virus could so badly cripple the operation of many leisure, hospitality and entertainment businesses that it delivers a one-two punch to the banking system from business bankruptcies and defaults on commercial-property debt.

William Dudley, former president of the New York Fed, said that the economy is expected to bounce back powerfully in the second half of next year. The Fed should be fairly confident about that. Since the risk characterisation has improved, things might change in a meaningful way earlier next year than expected. It is now reasonable, for example, to imagine a circumstance where the vaccine was rolled out by Memorial Day and next summer actually looks pretty promising in terms of travel and other activities.

The Fed slashed its short-term benchmark interest rate to near zero in March and in September, the officials provided more assurance they will be in no hurry to raise rates. Since June, the Fed has also been buying USD120 billion a month in Treasury and mortgage debt to hold down long-term yields.

No Fed officials have publicly advocated doing so at this meeting. Instead, in recent remarks, they have focused on the issue of clarifying how long their bond purchases could continue, just as they provided guidance on their rate plans in September. “We need to have an approach that can adapt or change to the economic environment,” said New York Fed President John Williams in a Nov. 24 interview.

Several officials said they didn’t think it’s necessary to change the asset-buying program now to deliver more economic stimulus. This could be attributed to the development of vaccines.