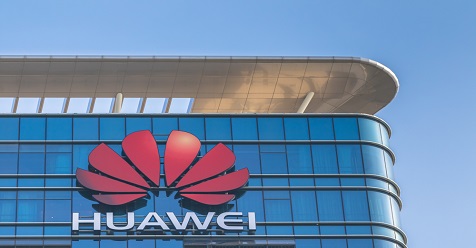 Global risk assets from Asia and US equities futures declined amid a potential escalation of tensions between Washington and Beijing, and after signs that China’s economy remains under pressure. US Treasuries climbed with the yen as haven assets caught a bid.

The CFO of Huawei Technologies Co., Meng Wanzhou, who is also the daughter of the company’s CEO, was charged with conspiracy to defraud banks and will not be granted bail because she may flee, a lawyer representing Canada said during a court hearing last Friday. The US alleged that Huawei used a firm called Skycom to do business with Iran, violating US sanctions. Meng also allegedly hid ties between Huawei and Skycom, according to Crown attorney John Gibb-Carsley. Canada was presenting the case against Meng on behalf of the US, which wants to extradite her.

Over the weekend, China’s Vice Foreign Minister Le Yucheng had summoned US Ambassador, Terry Branstad, to China to protest Meng’s arrest, stating that China will take further action if needed. The move comes after a week in which both China and the US seemed to struggle with how to react to an arrest with potentially broad reverberations. The two nations are, at the same time, trying to ratchet back a damaging trade dispute.

President Donald Trump’s trade team sought to insulate talks with China from a growing dispute over the US pursuit of the Huawei executive on Sunday but struggled to address financial markets’ fears that a fragile truce with Beijing was at risk. The markets’ response this morning certainly shows that expectations from the two nations to smoothly reach a deal has become more difficult now.

Weak payrolls data is another reason for the sell-off. US jobs and wages rose by less than forecast in November while the unemployment rate held at the lowest in almost five decades, indicating some moderation in a still-healthy labour market. Nonfarm payrolls only increased by 155,000 after a downwardly revised 237,000 gain in the prior month. Average hourly earnings rose 0.2% from the prior month, compared with forecasts for 0.3%, though wages matched projections on an annual basis, which is up 3.1% for a second month.

Investors remain wary about taking risks, with stocks in Asia set for losses after a weak US session on Friday and given concern over Tuesday’s Brexit vote. This pair may drop towards 112 this week.

China’s factory inflation slowed further amid weakening demand. The monthly copper imports dropped for the first time this year. This pair may drop towards 0.7180 this week.

We expect price to rise towards 1260 this week.