How Far Can GBP Rise? 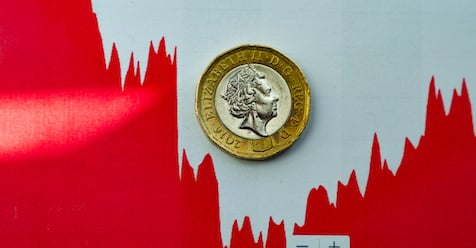 As the UK still has no trade deal with the EU post-Brexit, this is likely to improve risk appetite for GBP/USD in the forex market only for a short period of time.

In recent years, any conversation with investors, particularly among the ranks of private wealth managers, has revealed frustration and despair over Brexit and the UK political process in general.

But fear and loathing arose only once conversations ventured towards the prospect of a Labour government under Jeremy Corbyn. Well, that threat has been removed, opening the way towards a substantial improvement for UK shares. Assets will remain vulnerable to headline risks as the Conservative government under Boris Johnson spends the coming months negotiating a new trade deal with the EU. But the likelihood of fiscal stimulus will act as a counterbalance, supporting market sentiment and encouraging the return of global investors.

UK shares that look cheap in comparison to other global rivals also have the support of a stable currency, especially when there is a currency war. Further gains for the pound are likely to prove tough to achieve, but the electoral hammering dealt towards Labour reduces the risk that the currency takes the market elevator down several floors. For potential overseas buyers of UK assets, that helps. To borrow a phrase, sterling is now somewhat stronger and stable. When the UK voted to leave the EU in 2016, foreign investors walked away, and they have maintained an aversion to FTSE-listed companies in their portfolios ever since. The FTSE All-World index, excluding the UK, has gained more than 70% since that 2016 vote. In contrast, the FTSE 100 has risen 17%, including the reinvestment of dividends, while the more domestically focused FTSE 250 index has gained 38%.

Now market expects money will flow back into UK equity and credit now that some of the Brexit uncertainty has been removed. The spotlight is on domestic-focused UK sectors that span construction, consumer discretionary, financials, real estate and healthcare, all areas that should perform better than international-focused companies such as energy, whose revenues are dollar-based. Most of the gains are likely to be found in somewhat smaller, more domestic-focused stocks in the FTSE 250 than in the blue-chip FTSE 100 index. The pound has already cranked significantly higher from its low near 1.20 per dollar in August, weighing on the multinational members of the FTSE 100 that derive the bulk of their revenues from outside the UK. The result is that the FTSE 250, which is more of a barometer of the UK economy, has more than doubled the gains of the FTSE 100 for the year.

The post-election rally is in keeping with that, illustrated by the 4% climb in the FTSE 250, as opposed to the 1.8% ascent in the blue-chip index. Ultimately, the future performance of UK shares will reflect the terms of the country’s relationship with its largest trading partner, the EU, and the outlook for the business cycle.

The tail risk of an anti-business Labour government is now obsolete, which has led to a relief rally in politically sensitive sectors such as utilities and banks. However, once the dust settles, investors will remember that the UK still has no trade deal with the EU post-Brexit, which is likely to limit appetite for UK assets.

This pair will continue to rise towards 1.3500 amid positive outlook for Brexit.

This pair may rise towards 109.80 amid improvement in risk sentiment.

We expect price to rise towards 1480 as Trump’s impeachment case worsens.