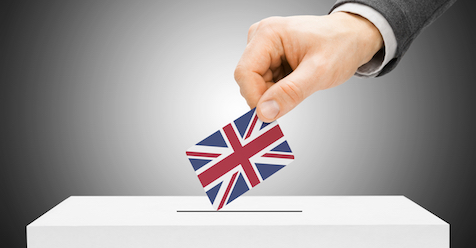 A neutral Fed and dovish ECB could be seen this week, short EUR/USD?

Firstly, the UK will be holding a general election under the long shadow of Brexit. Secondly, three of the world’s most powerful central banks: Federal Reserve, European Central Bank and the Swiss National Bank will be announcing their monetary policy. Lastly, China’s November economic data will also be released in this period.

China’s November aggregate social financing is likely to rebound between 1 trillion to 1.2 trillion yuan from 619 billion yuan in October, reflecting a seasonal pickup in credit growth. Still, we think weak risk appetite probably continued to dampen supply and demand for credit, a reason for below-consensus forecast.

November tends to see a strong pickup in new yuan loans, a major component of ASF. Over the past five years, the average reading was up 53% from October. That said, the rebound in the new yuan loans is unlikely to reach the 1.25-trillion-yuan record in November 2018, given relatively tighter financial conditions.

Shadow banking credit may have continued to shrink, extending a trend of contraction. There was no issuance of special bonds in the month, another factor damping total credit. The 2019 quota for issuance was to be completed by September. The Ministry of Finance has brought forward 1 trillion yuan of its 2020 quota to this year, but issuance has yet to appear.

In the bigger picture, the seasonal bounce aside, the economic backdrop isn’t conducive to strong borrowing – credit demand is weak among corporates and risk appetite weak among banks.

China’s consumer price inflation may have accelerated in November from October’s 3.8% year-on-year reading. Strong momentum in prices of food, particularly pork, have driven up the CPI this year. A recent reversal in pork prices, though, suggests headline inflation could peak in the coming months.

Food price tracker for November recorded a 19% year-on-year rise, up from 16% in October. The wholesale price of pork was up more than 120% year on year in November, about the same as in October. But the trajectory peaked in month-on-month terms, with the price falling from 52 yuan per kilogram at end-October to 42 yuan at end-November.

Countering some of the upward pressure on the headline CPI, gasoline prices have declined significantly from a year earlier. Elsewhere, price pressures appear to be soft due to sluggish domestic demand. This suggests core CPI inflation remained subdued.

The Federal Open Market Committee (FOMC) is expected to hold interest rates steady when members gather in Washington. Fed officials cut rates three times in 2019 but signalled they won’t make another move until the economy shows a “material” change.

Fed officials have also successfully dimmed the lights on the December FOMC meeting. A uniform chorus of fedspeak since the October meeting has driven home the message that there is a high hurdle for policymakers to adjust the current stance of interest rates. Fed Chair Jerome Powell said that additional action would be predicated on a "material" change in the economic outlook. While growth is decelerating into year-end, a resilient labour market suggests that downside risks are not intensifying appreciably. Growth is cooling, but not collapsing.

With the Fed on hold, market participants will be focused on the central bank’s plans to alleviate stress in the repo market at year-end as well as over the longer run. Market intervention should prove adequate through the turn of the year, but in the longer run some combination of a standing repo facility, regulatory changes and an expanded Fed balance sheet will be required. We are confident that the Fed has adequate measures in place currently to avert significant disruption to wholesale funding markets through year-end.

It’s all eyes on Christine Lagarde as she chairs her first meeting of the monetary policy-setting Governing Council. While no change to policy is expected, marketing will be looking at the new staff forecasts for growth and inflation.

With six days before UK voters go to the polls, Prime Minister Boris Johnson and Labour leader Jeremy Corbyn will go head-to-head in one of the most important debates of the election campaign.

Johnson wrote to Corbyn ahead of the debate, accusing him of trying to “fiddle” the result of the second Brexit referendum he wants by allowing EU nationals to vote. With Labour still trailing the Conservatives in the opinion polls, Friday’s debate could be one of the final opportunities to close the gap.

This pair may drop towards 1.0950 amid potential dovish ECB.

This pair may fall towards 108.00 amid trade tension.

We expect price to rise towards 1445 this week as the Fed will hold rate.