Could the Rally in Canadian Dollar Continue in 2019? 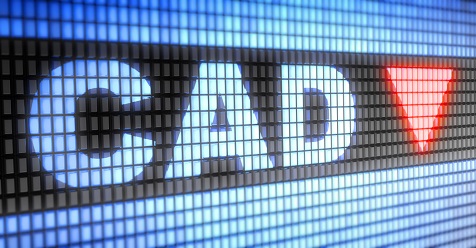 With no recovery in oil prices in sight and Bank of Canada not planning to increase rates anytime soon, long USD/CAD?

Loonie is one of the worst-performing currencies in 2018, losing 7% of its value versus the dollar

The Canadian dollar has been weakening due to falling oil prices and rising risk aversion which is bad for commodity currencies. WTI/USD has been on a downfall since its peak in October at USD75 a barrel and now trading at USD45 a barrel, a 39% plunge in just two months. Furthermore, turmoil in the equity markets has soured risk appetite and steamrolled risk currencies like the Canadian dollar.

There are three reasons which we feel are the main drivers for loonie to continue to head south:

However, the Canadian dollar which has been oversold for the past few months could strengthen in mid-2019. Oil prices, the main driver for a falling Canadian dollar when it’s low, could push loonie higher once prices start to rise. OPEC members cutting production is beneficial to the price of oil, but it could take months before we see any significant increase in oil prices.
Next, the US-Mexico-Canada agreement (USMCA) eliminated a major uncertainty around Canada’s trade sector. Although there are still changes to be made to the agreement, we believe that it is a done deal and it removes any concerns over the trade agreement for Canada.

Lastly, Canada’s labour market is strong with more than 94,000 jobs created in the month of November which was the single largest one-month job gain since April 2010 when 108,000 jobs were created. Furthermore, unemployment rate is at a 40-year low and all of this has helped to encourage strong GDP growth. This should be followed by fiscal stimulus ahead of the October general election where Prime Minister Trudeau is expected to win easily.

All in all, USD/CAD should continue to head higher into 2019 until we see oil prices start to rise which could also be Bank of Canada’s justification for a rate hike.

This pair is in a range and with the current low volume due to the festive holidays, it could head back to 1.1350 before going higher.

With oil prices still low and no signs of recovery, this pair could continue to head towards 1.3800 in early 2019.

We expect price to rise towards 1293 as the concern over a recession and equity market weakness is causing safe-havens like gold to move higher.