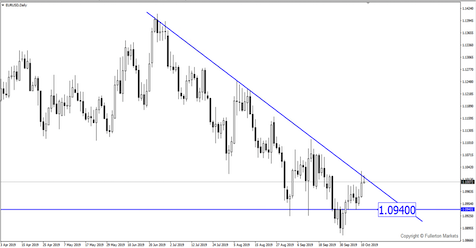 Even though both the US and China are optimistic of a possible deal, Trump’s tweet left the market confused. It would be safer to stay on the sidelines.