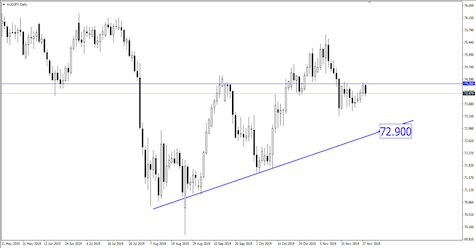 China could retaliate by threatening to back out from the US-China trade deal which is in its final stage. AUD/JPY could slide lower.