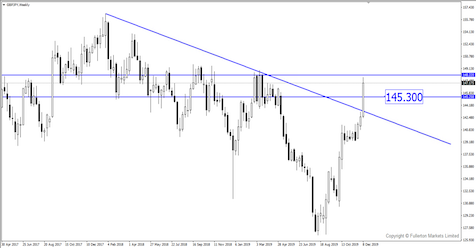 With a majority Parliament won, PM Johnson will be able to get his Brexit deal through Parliament without further delay and take Britain out of the European Union. GBP/JPY could retrace first before going higher.