A trading approach rooted in technical analysis tends to simplify Forex trading on the basis of price action. But with all the technical indicators available, choosing the best one or two can feel overwhelming.

This is why we narrowed down your options to the top five technical indicators most Forex traders use and those you should know and apply in your own trading activities.

A Bollinger Band is a technical analysis indicator developed by John Bollinger, thus the name. It is used to identify short-term price movements and to measure how volatile the market is.

It is shown on the chart as two trendlines moving on two standard deviations, representing positive and negative movements away from a simple moving average (SMA). You can use the Bollinger Bands to discover opportunities to make a higher profit or identify if an asset is overbought or oversold.

Learn How to Trade in a Slow Forex Market (Low Volatility)

Since Bollinger Bands mainly provide information regarding price volatility, they can’t be used all by themselves. They must be combined with other non-correlated indicators. John Bollinger suggests using relative strength index (RSI), moving average divergence/convergence (MACD), and on-balance volume.

A moving average is a statistic that captures the average change in a data series over time. As a technical indicator, it represents the average closing price over a specific period and indicates market momentum. MA on an upward trend can mean an upswing in momentum or price, while a downward trend is considered a decline.

Today, there is a wide variety of moving averages to choose from, ranging from simple measures to complex formulas that require a computer program to efficiently calculate.

There are 2 ways to use moving averages (SMA or EMA) to tell a trend:

When the market is extremely volatile, the average movements obtained could be skewed. This makes the timing of entering the market inaccurate. Since it changes too quickly from the ups and downs of the market, it may be called noise.

Relative Strength Index (RSI) is used to measure price momentum, the speed with which prices move and the level of change that occurs. It was originally developed by J. Welles Wilder Jr. and was featured in his 1978 book New Concepts in Technical Trading Systems, along with other technical indicators such as Parabolic SAR and average directional index (ADX).

Basically, RSI measures how quickly traders bid up or down a security's price. This is then plotted on a chart based on a scale from 0 to 100.

The RSI provides technical traders with signals on whether price momentum is bullish or bearish. You'll see it beneath an asset price's graph. 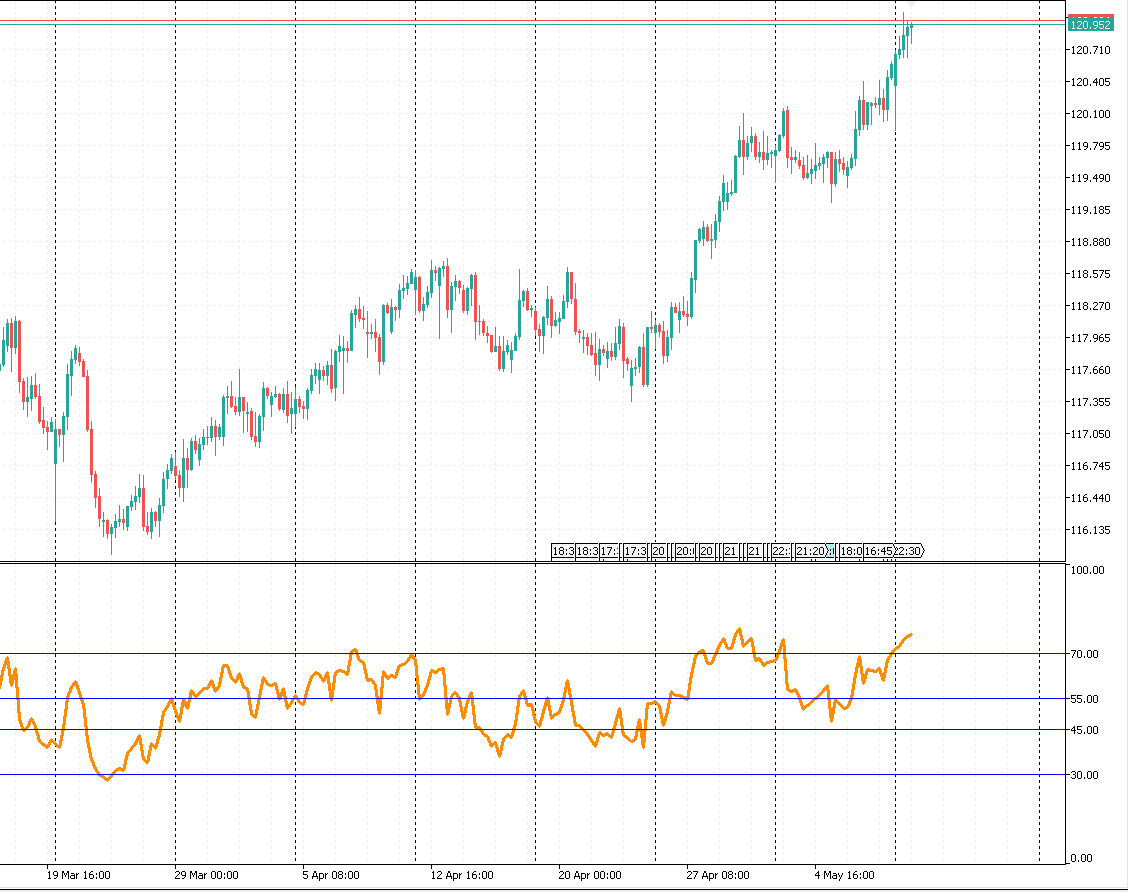 What is an RSI Buy Signal?

It is considered a buy signal if the RSI moves below 30. The idea behind this is that an asset has been oversold and is likely to go on a rebound. How soon the rebound can happen, however, will depend on whether an asset is moving in a significant downtrend. In this case, you should wait for a confirmatory signal to buy before you do.

It’s not recommended to use RSI alone as a trading signal. This is because there is a high chance of error, depending on the context of the overall chart. To make an informed decision, take into account the formation of price trends, various candlestick patterns, and other key data.

Moving average convergence divergence (MACD) is a trend following momentum indicator that shows how a security price's moving average relates with another. On a trading chart, MACD is shown with several lines:

Plotted on the chart, the signal line can trigger a buy or sell signal. The basic rule is to sell or short when the MACD crosses below the signal line and buy or long when it moves above.

MACD is popularly used to interpret crossovers, divergences, and rapid rises/falls. It also shows a trader when conditions are overbought or oversold.

Apart from providing technical signals to buy or sell, MACD will also show:

Basically, MACD helps a trader identify when to enter, exit, or add to their position. 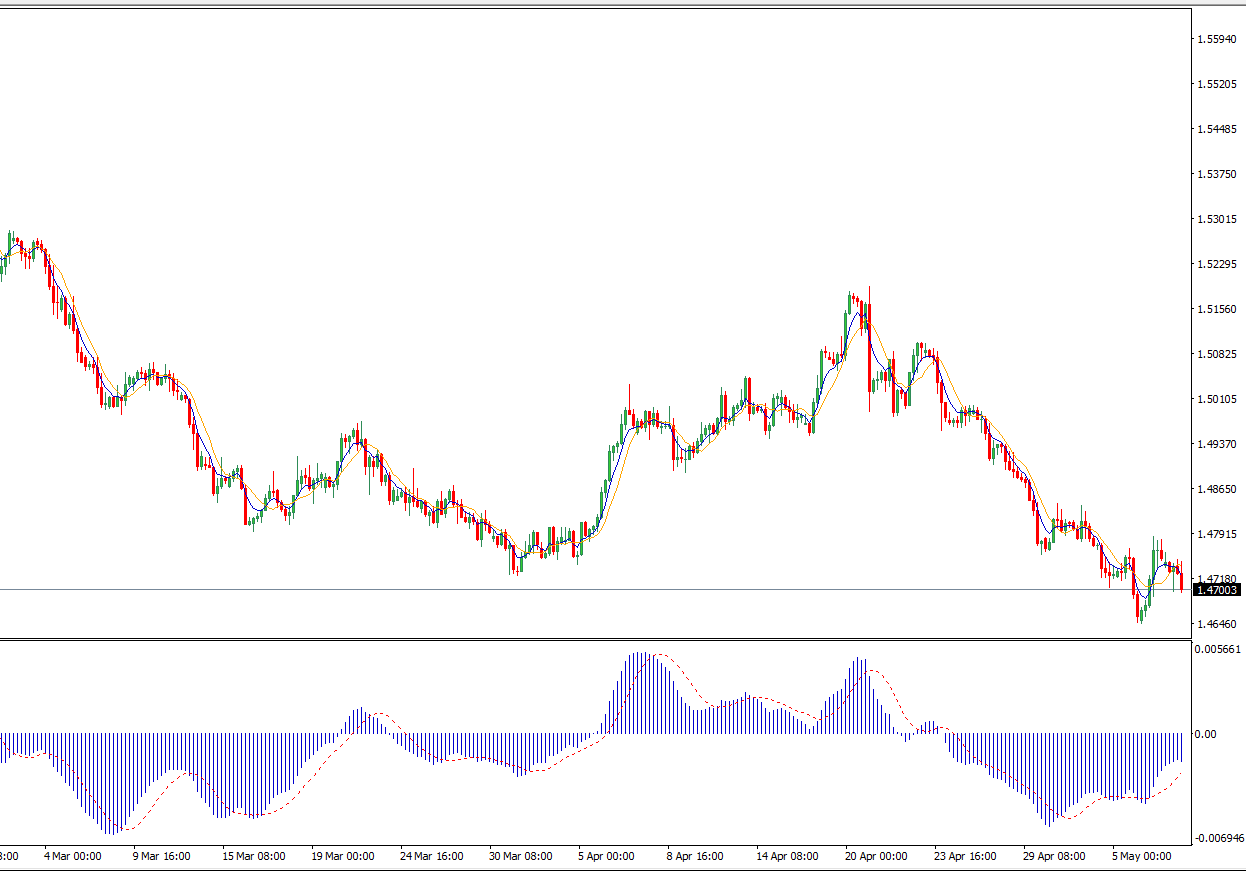 MACD is primarily a lagging indicator since it uses data based on the history of a stock's price action. This means it has to “lag” the price. However, because some traders use MACD histograms to predict when a trend may change, it's also viewed as a leading indicator.

As for divergence, a bullish divergence occurs when the price is making lower swing lows while the indicator is making higher lows. Bearish divergence happens if the opposite scenario occurs.

MACDs give trade signals quite often at relatively close price ranges before the formation of a strong sideways signal. This is likely to result in a small amount of loss several times in a row.

Average Directional Movement Index (ADX) is a technical indicator that is used to measure a trend's overall strength. The DX component is used to calculate the ADX indicator. 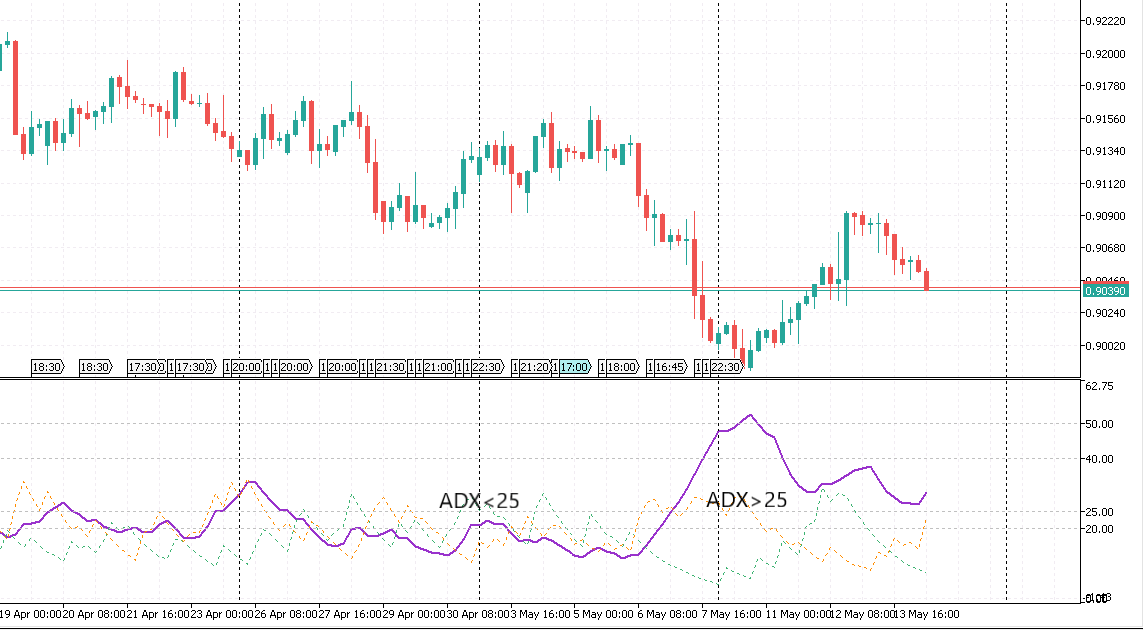 When ADX moves up or down, it doesn't mean that the asset price will move concurrently. This is because both uptrend and downtrend ADX indicate strength in either an up or down direction.

Using any or a combination of the indicators listed above will make Forex trading less complicated. You just need to set clear rules as to how you're going to use these indicators to your advantage.

Ready to grow your wealth in the world's largest financial market? No better place to start than right here with us! Begin trading with Fullerton Markets today by opening an account: 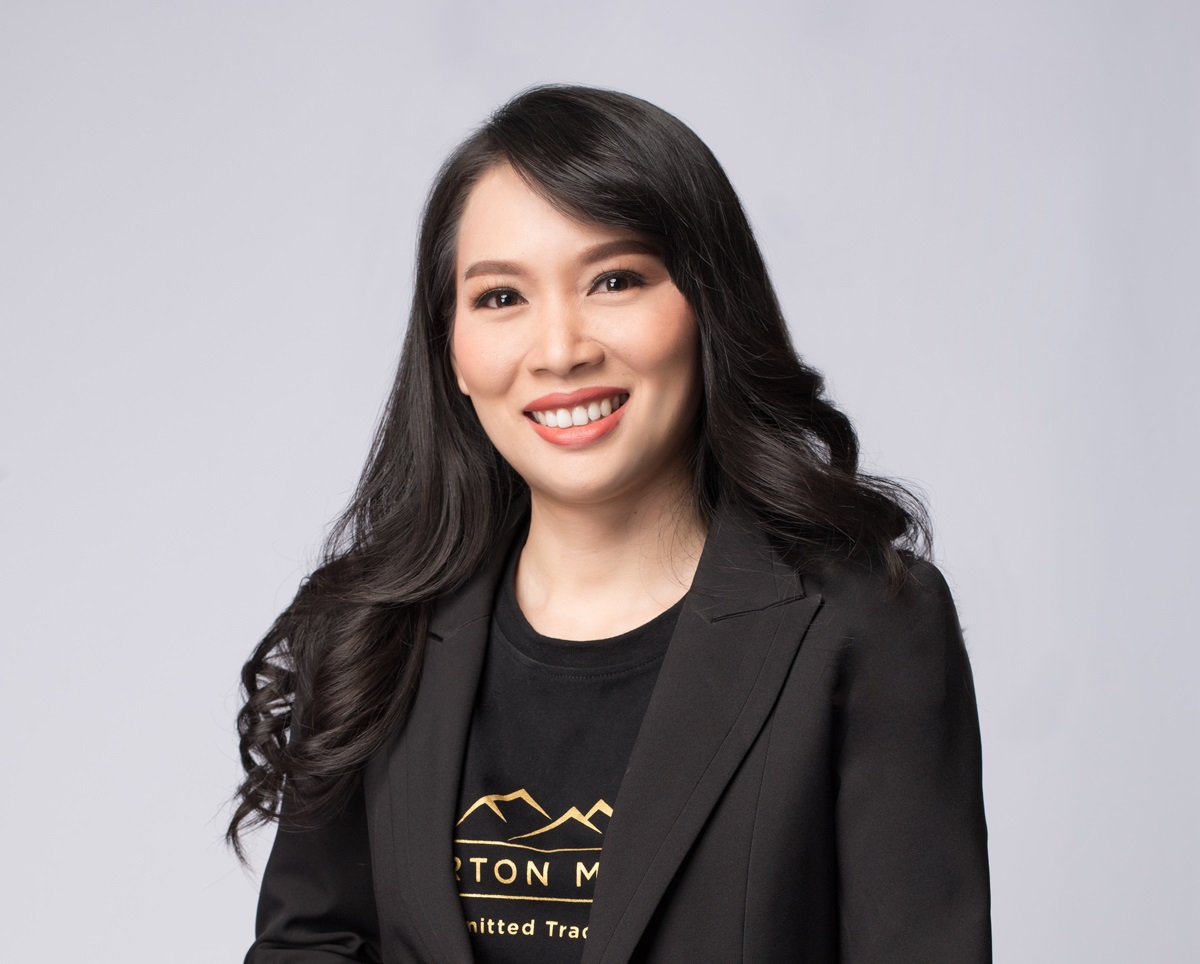