Will Fed Raise Rates By 75bps This Week? 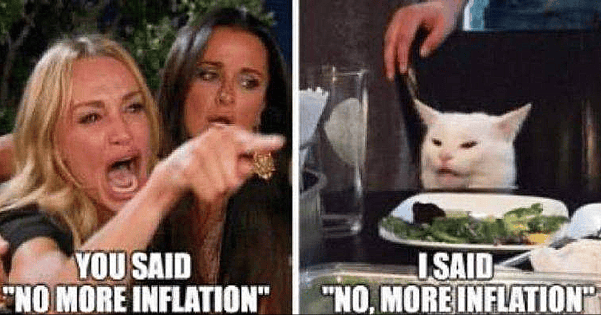 Friday’s inflation report was a negative catalyst for markets that were already pricing in worries about hot inflation and recession fears. CPI rose 8.6% year over year, well above the 8.3% expected by economists surveyed earlier.

Investors rushed to price in more aggressive Federal Reserve rate hikes on Monday as the U.S. inflation shock continued to reverberate, sending two-year Treasury yields to a 15-year high and strengthening the dollar.

Market participants are waiting for the central bank’s updated projections on the U.S. economy, inflation and interest rates from its policy decision on Wednesday, with a 50-basis point hike seen as a given. Traders see 50-50 odds of the Fed raising rates by three-quarters of a percentage point in July, while some even predict such a move could come this week.

Chair Powell indicated a desire to guide expectations rather than surprise expectations. With a little apparent appetite for an upside surprise, the course seems set for a 50bps hike this week.

However, the CPI data added fuel to the debate about whether the Fed will consider a 75-basis point rate hike and continue at a more aggressive pace. Both Barclays and Jefferies changed their forecasts Friday to include a 75-basis point hike for Wednesday, though most of the traders still expect a half-point.

The deepening sell-off in Treasuries reverberated through Asian markets, with Japan’s 10-year yield at the 0.25% ceiling that the nation’s central bank tolerates. Similar-tenor yields in New Zealand climbed above 4% for the first time since 2014.

The Yen fell to a 24-year low Monday as Japan’s easy monetary policy increasingly stood at odds with developed peers hiking rates. The currency fell more than 0.5% to 135.19, the lowest since Oct. 1998, as Treasury yields extended Friday’s inflation-shock-driven gains.

Yen has tumbled almost 15% this year, the worst-performing major currency as the Bank of Japan keeps rates anchored to boost a sluggish economy while U.S. yields surge on bets for continued Federal Reserve hikes.