What Does Negative Interest Rate Mean? 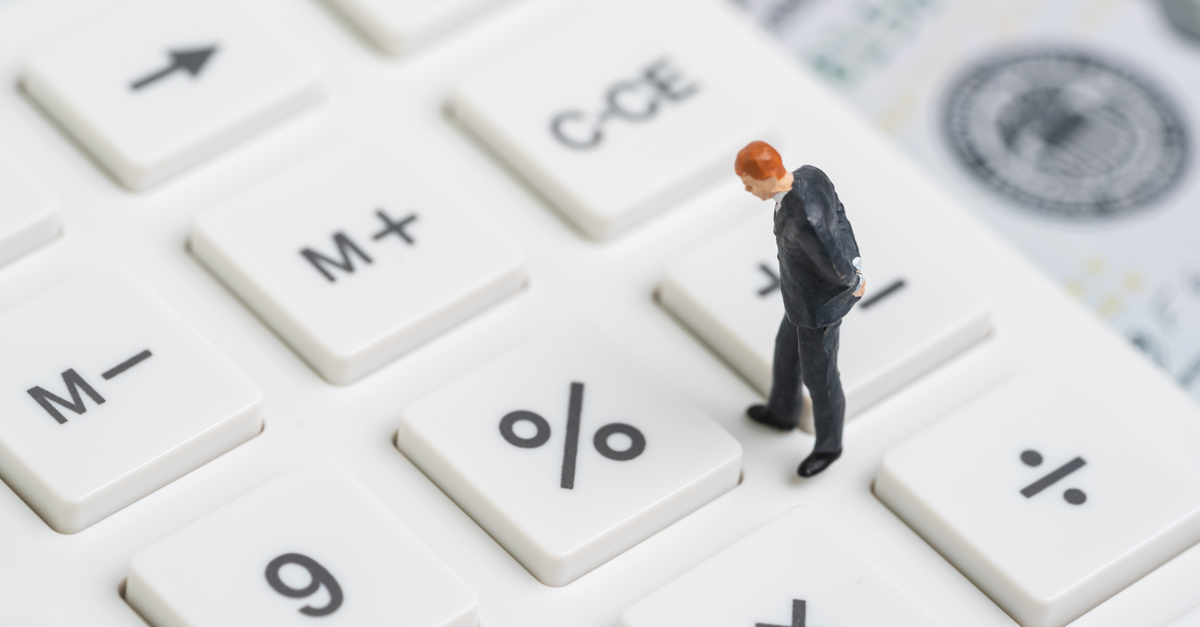 Low interest rates, for example, allow businesses to borrow money cheaply, which then enables them to expand and hire more people. For consumers, low rates enable people to borrow money to buy big-ticket items such as homes, automobiles, vacations and other items that boost economic growth.

Conversely, high interest rates discourage businesses and consumers from buying and investing. But sometimes central banks need to raise rates in order to keep the economy from overheating, which could lead to inflation. That could eventually push prices higher and make goods and services too expensive, which could then cause businesses and consumers to curtail their spending. This leads to slower economic growth and possibly a recession.

The central bank of Denmark was the first to go below zero in 2012. To the surprise of many, it did not result in stress in the financial system. In 2014, several of Europe’s central banks followed suit. Two years later, so did the Bank of Japan.

ECB’s Negative Interest Rates
The European Central Bank (ECB) introduced negative rates in June 2014, lowering its deposit rate to -0.1% to stimulate the economy. Describing the eurozone economy as mired in a period of “protracted” weakness, ECB Chief Mario Draghi recently announced a 10-basis-point cut in the deposit rate to
-0.5% from its previous -0.4%.

BOJ’s Negative Interest Rates
The Bank of Japan (BOJ) adopted negative rates in January 2016, mostly to prevent an unwelcome strengthening of the yen from hurting an export-reliant economy. It charges 0.1% interest on a portion of excess reserves that financial institutions park with the BOJ.

Setting interest rates at a figure below zero is often viewed as an unconventional policy, but it can actually be seen as a continuation of the perfectly normal monetary policy practice of moving the short-term interest rate in response to fluctuations in the economy. There is a limit to how low interest rates can go, but it turns out that this limit is not zero and we have not reached it yet.

Interest rate cuts below zero largely work as they do in normal times with positive interest rates, though there are some differences: the effects on banks, for example, and the psychological impact of interest rates plunging into negative territory (more on this below). 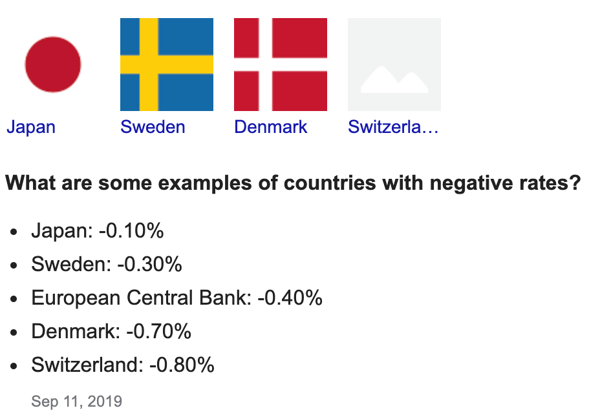 Under a negative rate policy, financial institutions are required to pay interest for parking excess reserves with the central bank. That is, any surplus cash beyond that which regulators say banks must keep on hand. That way, central banks penalise financial institutions for holding on to cash in the hope of prompting them to boost lending to businesses and consumers.

What Are the Pros and Cons?
Aside from lowering borrowing costs, advocates of negative rates say they help to weaken a country’s currency by making it a less attractive investment than other currencies. A weaker currency gives a country’s export a competitive advantage and boosts inflation by pushing up import costs. This is one of Trump’s motivations for wanting negative rates on the dollar.

Negative central bank rates also lower borrowing costs on a whole range of instruments, meaning that businesses and households get even cheaper loans.

There are also limits to how deep central banks can push rates into negative territory – depositors can avoid being charged negative rates on their bank deposits by choosing to store actual bank notes instead.

Do Consumers Pay to Keep Money in the Bank?
Often, when banks cut their interest rates to below zero, they don’t charge for the smaller deposits of households; most of us don’t pay a negative nominal interest rate on our demand deposits. The fact that our banks don’t pass on negative interest to retail deposits could be what is preventing a run to cash. What we don’t know is how retail depositors would react to a negative deposit rate, or how negative the rate would have to be to induce a big reaction.

There are many possible reasons as to why banks do not want to flag negative interest rates on small bank deposits, such as a desire to not lose valuable retail customers. But it is important to note that banks have other sources of funding, and some bank deposits (i.e. the large deposits held by firms and pension funds, large term deposits) do have negative interest rates in the affected countries.

Conclusion
Negative interest rates have become part of the central bank’s toolkit for responding to an economic downturn when nominal interest rates are already very low. They have worked largely as interest rate policy does in positive territory. This shows that central banks have a bit more firepower than they thought they had.

However, there are limits to how far interest rates can fall below zero in the absence of further measures to reduce general financial and economic risks.

With lacklustre growth, high unemployment and stubbornly low investment activity in many economies, policymakers may want to do more, and monetary policy is far from the only option, although other types of monetary policy measures can be used. Public investment projects and a boost to government spending more generally can go a long way in complementing rate cuts. Government spending has a good track record when it comes to boosting growth, particularly when interest rates are low.

Supply-side reforms, ideally combined with fiscal policies, can also help to make economies more competitive and productive by improving the functioning of markets, upgrading educational systems, building critical infrastructure and unleashing entrepreneurship and innovation. Such measures will increase the potential for future growth. If this is understood – and believed – by the public, it could also increase confidence here and now, boosting spending and growth.