Traders Are Focusing More on Stimulus, Less on Virus

As long as central banks’ stimulus works, buying stocks when they drop is always a good strategy.

From a high enough vantage point, this year’s move from boom to bust to boom looks much like a normal market response to an outside shock, only far faster. But upon closer examination, it becomes clear that the winners and losers have been twisted by the extraordinary power of money from central banks and governments.

Working through the super-quick bull market that will, if all goes well, mark its third month on Tuesday helps create a framework for thinking about how these powerful forces will develop. We have one conclusion: The most likely place for a bubble isn’t the beaten-up stocks day traders are punting on, but the big safe companies that have decent earnings even when economic growth is weak.

The S&P 500’s behaviour has been incredibly similar to the average bear market caused by an outside event such as a war over the past two centuries, the average event-driven bear market is shorter and has a smaller fall than bears triggered by ordinary economic cycles or structural declines, and has a faster recovery. Still, no other bear market has rebounded back into a bull market in only three days – the time taken by S&P to rise 20% from its March 23 intraday low.

After an initial bounce, investors concluded that we were repeating what happened in the past decade. Easy money justified higher valuations, but only for stocks that could cope with a weak economy. Investors went for safety and growth, with producers of staples such as tobacco, canned goods and fizzy drinks beating the market in the first week of the recovery. Utilities and real estate led the way up as bond yields stayed stubbornly low.

During April and May, government stimulus arrived, and it became clear the stimulus would support an economic recovery. Cyclical stocks, which rise and fall along with the economy, finally took the lead and this month, it briefly jumped as optimism about jobs reappeared.

Take it as a given that the Fed and other central banks will step in again if the recovery starts to fade, and three plausible outcomes can occur. The bubble scenario is that growth stutters, but the sheer force of stimulus keeps pushing asset prices up. Bond yields stay low, cyclical stocks are a no-go zone and investors pile into safety and innovative growth.

Something like this happened in 1998, after the Fed slashed rates in response to the Asian financial crisis and Russian default, the low rates were designed to provide wider help to banks and an economy threatened by international trouble. For investors, this provided an opportunity to bid up the prices of the stocks that were unaffected.

The day traders who have piled their stimulus checks into stocks have preferred to bet on the more hopeful second outcome – that all the money sloshing around will feed a rapid economic recovery, with higher growth and inflation. Simply put, the stimulus will work. 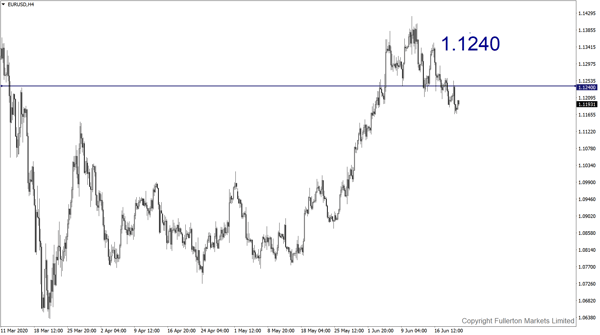 We expect price to rise towards 1760 this week