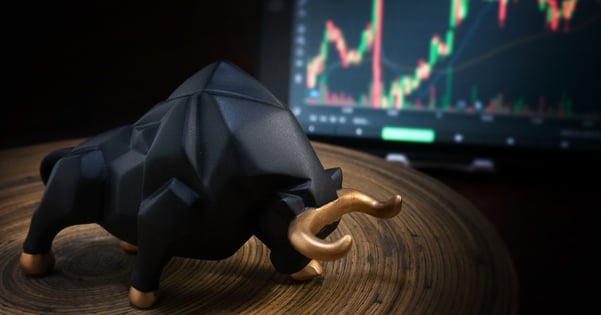 It has been more of the same for the US dollar in 2022, with supportive forces dominating most of the year and little reason to go against it, given the highly uncertain macroeconomic. Moving into 2023, the dollar gain may increase, but at a slower pace.

Those positive drivers remain in place as we contemplate 2023, but they are already priced in, arguably turning. The dollar bullish call can be challenged next year. Today, the US dollar was up against all G10 currencies with a notable around 15% gain versus the yen, 11% appreciation versus the Swedish krona and a 6% rally versus the euro. It was similar in 2021, with the buck gaining against all G10 currencies except the Canadian dollar.

Here are two angles to back our less-constructive US dollar outlook into 2023: the first argues that while the 2022 bullish drivers have not disappeared, they are priced in and arguably turning, while the second point asserts that there will be a shift in macroeconomic FX drivers in 2023, to growth from inflation and rates, and that may leave the dollar more exposed amid more supportive euro-dollar cyclical risk-reward dynamics.

The Fed on last week raised its benchmark interest rate to the highest level in 15 years, indicating the fight against inflation is not over despite some promising signs lately.

Keeping with expectations, the rate-setting Federal Open Market Committee voted to boost the overnight borrowing rate by half a percentage point, taking it to a targeted range between 4.25% and 4.5%. The increase broke a string of four straight three-quarter point hikes, the most aggressive policy moves since the early 1980s.

The Labour Department reported Tuesday that the consumer price index rose only 0.1% in November, a smaller-than-expected increase as the 12-month rate dropped to 7.1%. Excluding food and energy, the core CPI rate was at 6%. Both measures were the lowest since December 2021. A level the Fed puts more weight on, the core personal consumption expenditures price index, fell to a 5% annual rate in October.

However, all those readings remain well above the Fed’s 2% target. Officials have stressed the need to see consistent inflation declines and warned against relying too much on trends over just a few months.

It has been a poor year for the euro, with fraught geopolitics and stagflation spurring a risk-off market and validating bearish views of the common currency. Those negative influences have not disappeared but are fully priced in and unlikely to trigger another sustainable move lower.

Instead, optimism over inflation/rate peaks, more promising geopolitics, supportive risk-reward macroeconomic dynamics and possible China reopening trade optimism later in 2023 may help the euro. Timing is challenging, and it could be a bumpy ride for euro bulls as many lingering risks may haunt the currency in 1H.