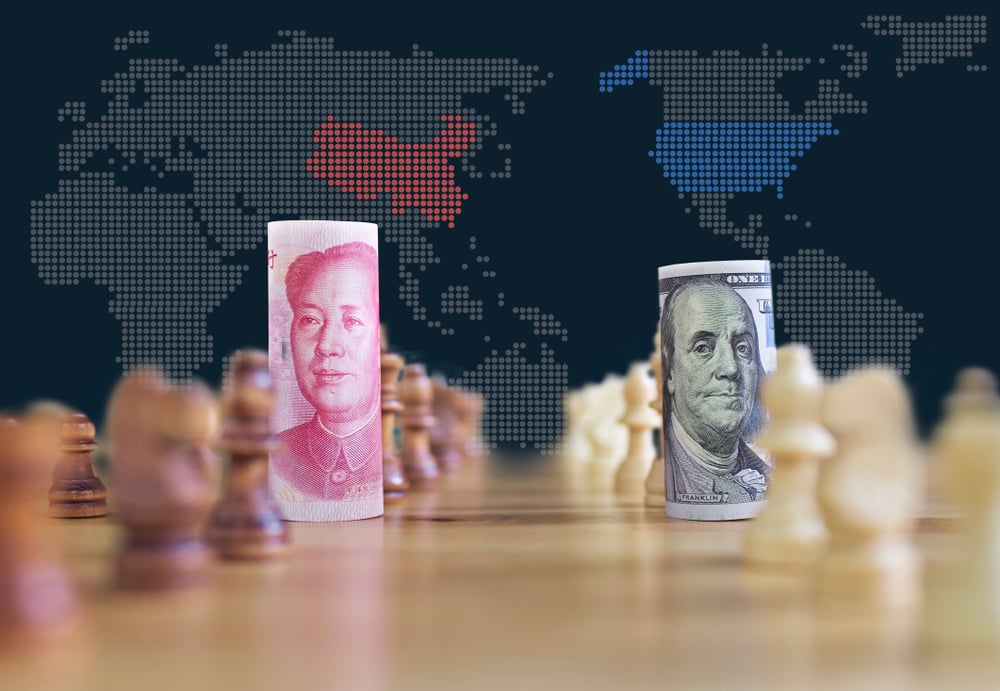 China’s growth challenges remain even with a trade war truce, look to sell AUD/USD at peak.

A truce doesn’t necessarily mean the end of trade tensions

Emerging markets climbed on mounting speculation that the Federal Reserve will pause rate hikes next year, easing pressure on riskier assets. The rally failed to gain traction on Friday ahead of a meeting between the US and China on trade, where the two sides agreed on a temporary truce.

An agreement between President Donald Trump and his counterpart Xi Jinping to dial down trade tension offers several reasons to be somewhat more optimistic on China’s growth. The agreement means the US will hold off on its prior plans to raise tariffs on $200 billion worth of Chinese goods, which were set to take effect from January. The news boosted risk assets globally on Monday, encouraging strategists at Morgan Stanley to upgrade their already-positive forecast for Chinese stocks next year. The rally also helped to lift equity benchmarks in Hong Kong and Shanghai to above key support levels.

US tariffs on $200 billion worth of Chinese goods are not rising to 25% from 10% in January. Less pressure on the external sector, while China domestic demand is flagging, still suggests a less clear growth outlook for 2019. More importantly, this should give policy makers more room to respond in a measured way that entails less reliance on investment-driven economic stabilisation, a positive for long-term growth.

Trade negotiations are never plain sailing, especially between two economies with a wide gulf in expectations. It is possible that insufficient progress in the talks leads to the tariff rate going up to 25% after all, following the 90-day negotiation period agreed by the two sides. What’s more, further escalation, while unlikely, cannot be completely ruled out. Even without an immediate escalation in trade tensions, slowing global growth means the external sector still faces a tough environment. Front-loading of shipments this year by companies that had raced to beat the 1st January hike in US tariffs means we could see a sharper pullback in exports early next year.

Many longer-term policy goals that China is pursuing like deleveraging, tightening environmental regulation, and controlling local government financing, involve a degree of sacrifice on growth. Supporting growth without abandoning deleveraging and reforms is a lot harder to pull off than blasting out another major stimulus. With China’s leaders’ reluctance to give up hard-won progress necessary to sustain the economy in the medium term, the stabilisation in growth could take longer.

Overwhelming sentiment in risk assets likely to fade after investors realise that China and US still have many things to work on. AUD/USD may lower towards 0.7310 this week. 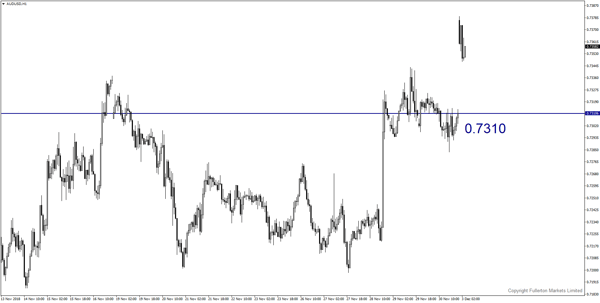 A dovish Fed should continue to benefit this pair. EUR/USD may rise towards 1.1410 this week.

We expect price to rise towards 1235 this week.