Risk-Off Sentiment Could Dominate This Week 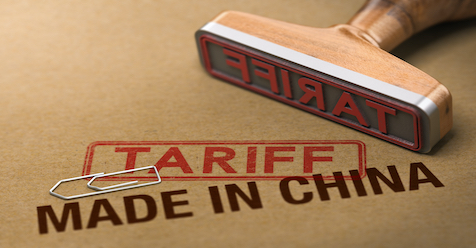 President Trump said last Friday that he has not agreed to scrap tariffs on Chinese goods which dampened global outlook. Safe-haven currencies could strengthen.

Last week, we saw conflicting headlines on the US-China trade deal. It started on Thursday when trade optimism rose after China’s Commerce Ministry said that Beijing had agreed with Washington to lift existing trade tariffs between the two countries in phases. Hopes of alleviating that trade fight, which has hampered global growth outlook and created uncertainty for businesses, dampened when US President Donald Trump said the following day that he has not agreed to scrap tariffs on Chinese goods.

Phase one of the US-China trade deal will basically roll back September tariffs alongside the suspension of the December tariffs. This is not much of a breakthrough as the deal basically delays tariffs on Chinese goods until 15 December.

We believe that even if the US were to offer China a partial and not full reversal of tariffs, the knee-jerk reaction from the market would be to sell risk-off currencies and buy risk-on currencies. However, this would only present a better long trade entry for safe-haven currencies.

The reason why we are still bullish on safe-haven currencies is because the growth of the global economy remains tepid. We saw Bank of England cutting GDP and inflation forecast, while Canada’s labour data seemed to have slowed with job growth falling from 53k to 15k. Lastly, the market is pricing in a 64% chance of a rate cut by the Royal Bank of New Zealand this Wednesday to bring its rates to the 0.75% level.

This pair could head higher as market starts to price in a cut by BoC at the end of 2019.

This pair may head towards 118.60 after it rejected off its downtrend resistance.

This pair could head higher towards 1479.

We may see a retracement back to the 26500 level this week.

Understanding the MT5 Trading Platform and Its Features