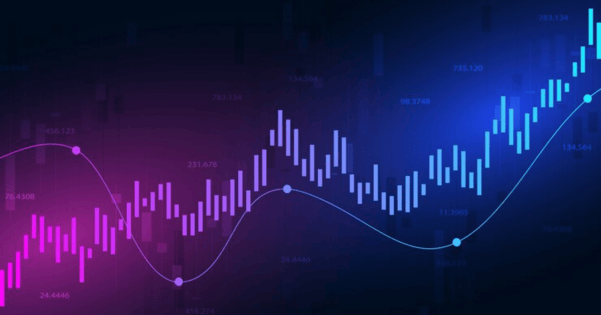 Hit by endless inflation, the Fed looks increasingly likely to double down on its hiking pace even if it becomes clear that the US economy is in a recession. All that threatens to increase stagflation-like strains across the US economy with a higher-than-anticipated terminal rate causing damage to risk assets.

Russia and Ukraine conflicts ended hopes that food and energy prices would peak early in the year. We could still see more price shocks in both oil and natural gas markets due to the ongoing conflicts. And any price spikes due to problems with Ukrainian wheat exports likely lie in front, not behind.

More worrying, however, is the situation with US housing marketing, as shelter makes up nearly a third of the consumer price index. Even though mortgage rates have increased, house-price inflation is receding slowly due to a shortage of inventory.

As first-time home buyers are getting priced out and rental yields rise in concert with mortgage rates, demand for rents and prices are bound to stay elevated. And this will happen with a lag to policy as most rents in the US get set annually. So, today’s higher mortgage costs will ripple through over the course of an entire year and beyond.

That makes possible the prospect that a ‘psychology of inflation’ takes hold. While consumer expectations for long-term inflation came down slightly in the last University of Michigan survey, at 3.1% it is still high enough to worry about inflation expectations becoming unanchored. And Fed Chair Powell has said that once they become unanchored, it will be too late. The battle against inflation would be much harder. Expect the Fed to act aggressively in an attempt to pre-empt this outcome

How aggressively will the Fed act? Fed fund futures are now expecting the benchmark rate to get to 3.5% before the central bank is forced to cut. That’s down from 3.75% just a week ago. And long-term bond yields are already rallying on this prospect. But this is an error if we take Powell at his word.

By the time Fed funds futures reach their 3.39% peak in February 2023, consensus inflation forecasts for Q1 2023 still have the CPI reading at 5.0%, and the consensus also puts the Fed’s preferred gauge of PCE at 3.8% that quarter. Regardless of the inflation measure investor use, it would imply that even when futures expect the Fed to stop hiking in nominal terms, the spot real rate is still negative.

The only period when the Fed held rates substantially below the rate of headline inflation was the period after the Great Financial Crisis, when deflation was a palpable risk. If CPI fell to 4.5% in 2Q 2023 for example, that would see the Fed raising rates to at least 4.5%, a full percentage point higher than currently priced in.