Revealing Everyone Within Forex Market 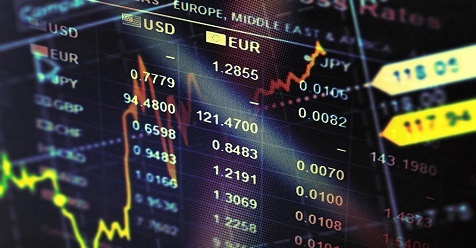 The Forex Market is so huge that it literally encompasses most of the human race within it.

This article will explore the different individuals, businesses and institutions who take part in the Forex Market.

Let's start with the institutions first.

In short, this would affect the supply and demand of their national currency in the financial system. At times, some central banks are known to "intervene" by buying or selling their own currency. An example is Japan, when the Bank of Japan intervened by selling the Yen in 2005. This had the effect of "weakening" their currency, which helps with their local exporters.

Another recent example is China, when PBOC pushes the renminbi to 6 months high in mid-June 2017, an effort to boost confidence following the downgrade of China’s sovereign credit rating by Moody’s.

Commercial banks and hedge funds participate in the Forex Market to make money. That is the short answer. In today's terms, more than 50% of banks' income is derived from Forex. More so than housing/business loans!

I was in a local bank the other day, and I saw a notice that said, "Interest rates for deposits upwards of SGD300,000 is now at 0.4%." Is that pathetic or what? And that's for a WHOLE YEAR! I make more than that in ONE TRADE!

Businesses take part in the Forex Market for a few reasons:

Some businesses are more affected in the changes in Forex rates than others. A prime example would be importer/exporters. Japanese exporters are hurt by a high Yen because their competitive edge is lost when their goods become more expensive to importing nations. To off-set these losses, some Japanese companies actually sell USD/JPY in the Forex Market.

On a side-note, do you know that Chrysler, the car company which filed for bankruptcy protection in 2009, made more money in the Forex Market in 2003 than they did selling cars!

Hedge funds, after banks, makes up the 2nd biggest pool of traders in the forex market. Investment managers can either make speculative forex trades as well as foreign currency translation such as purchasing and selling currencies to trade foreign securities.

This is by far, the most interesting group, and the one in which you and I belong to.
Let's break this group up a little.

I've identified 3 demographics of retail investors who take part in the Forex Market:

This group consists of students, young adults and perhaps some married couples. They trade Forex for financial education purposes and to earn a second source of income.

This group consists of entrepreneurs, married couples, business owners and traders. They trade Forex to have a global view on finance and to diversify their investment portfolio.

This group consists of housewives and retirees. They trade Forex to pass the time and earn some daily cash income. The "Japanese Housewives", also known as the "Kimono Traders", form a significant portion in this group!

Which group do you belong to?

You know what? It really doesn't matter. The Forex Market is BIG enough for all of us combined! So let's start this exciting journey today!

It's one for all and all FOREX!

Market Rebound Could Be ‘Fake’ As Major Risks Remain Unsolved

How To Outperform When Fed Policy Damages Both Stocks and Bonds

Will Fed Raise Rates By 75bps This Week?

U.S. CPI This Week May Decide Dollar’s Next Direction