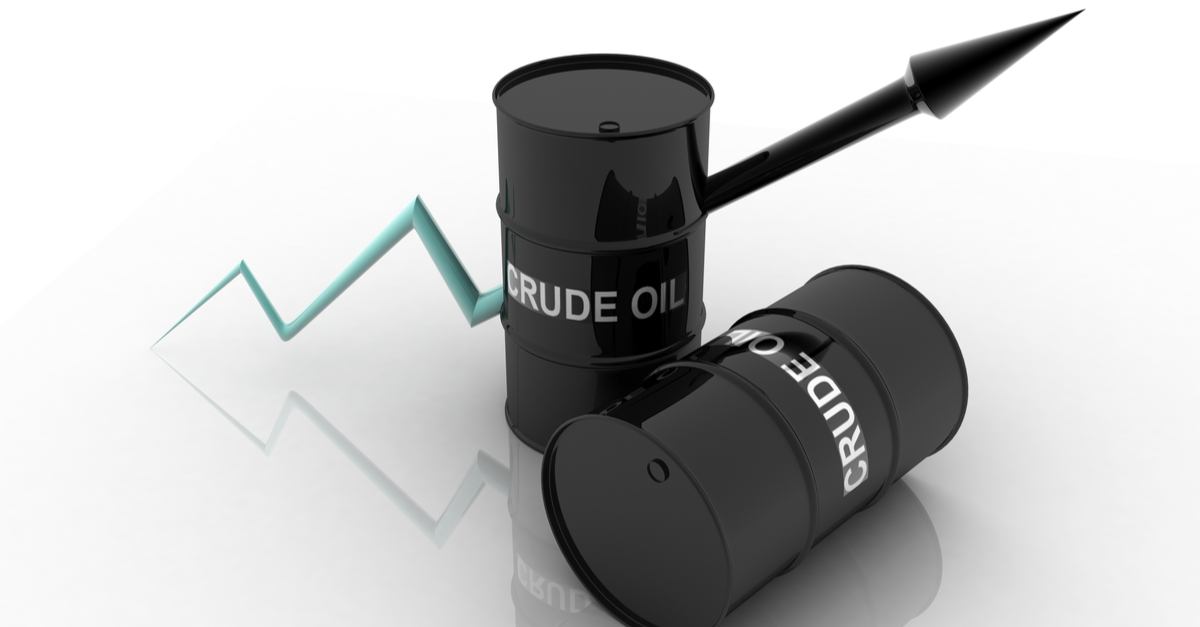 Oil’s emergency reserves, which they could turn to in the event of a prolonged disruption, may not be enough to stop prices from spiking

Oil prices soared as much as 20% to above USD$71.00 a barrel as markets reopened after a big attack on Saudi Arabia’s oil infrastructure cut more than half the country’s production this weekend. Yen rallying as geopolitical tension further weighs on the global economy.

The dramatic rally, which follows news that Saudi Arabia’s oil production is expected to be well below maximum capacity for weeks, has set oil on course for one of its biggest one-day gains and will raise fears of traders who are spooked by the extent of the outage. Brent crude oil, the international benchmark, gained almost $12 a barrel to trade as high as USD$71.95 a barrel, before easing back to USD$68 a barrel which is still up more than 10%.

The attack, which the US has said was orchestrated by Iran, has sharply raised geopolitical risks in global energy markets and may reverberate throughout the wider economy. The short-term fear is on the lack of clarity from Saudi Arabia, the world’s largest oil exporter, over how long it will take to recover output towards the daily 9.8m-barrel level it was producing before the attack. The loss of more than 5m b/d is the single biggest outage from one incident, and is equal to more than 5% of global supply. Brent’s spike on the open is the largest move in percentage terms since Saddam Hussein invaded Kuwait in 1990.

Iranian-backed Houthi militias in Yemen claimed responsibility for the attack on Saturday, saying they used drones to target Saudi Arabia’s oil infrastructure. However, Washington has indicated they suspect the attack may have originated in one of the kingdom’s other neighbours. Trump tweeted seconds before the market opened, in his first public comments on the attack, that he had authorised the release of emergency oil stocks “if needed” in a “to-be-determined amount” in a clear effort to calm the spike. Shortly after prices spiked, the US president again took to Twitter, saying that they are locked and loaded and had suspicions on who was behind the attack, suggesting a possible military response.

Saudi Arabia has been rushing to restore supplies, and has said it will be able to supply oil from storage as well as bring spare production capacity on stream. But sources briefed on the situation say a large percentage of the 5.7m b/d of crude output that went offline on Saturday could be lost for some time. The attacks on Abqaiq, a crude processing centre south-west of Aramco’s headquarters in Dhahran that prepares almost 70% of the kingdom’s crude for export, is of particular concern because the complex facility is vital to crude output. The Khurais oilfield was also targeted. Traders and analysts have warned that even if Saudi Arabia can restore output quicker than currently expected, fears of further attacks or retaliation by Riyadh or Washington against Iran could further destabilise global energy markets. Eurasia Group, a consultancy, said the weekend’s events “will encourage markets to re-examine the need for considering an oil geopolitical risk premium” and said a prolonged outage could lead to a $10 a barrel increase in prices.

A sharp rise in oil prices also comes at a delicate time for the global economy. Fears of a slowdown are percolating and unlikely to be helped by higher energy costs. The International Energy Agency and the US Department of Energy have said they have ample emergency reserves which they could turn to in the event of a prolonged disruption, but it may not be enough to stop prices from spiking.

This pair may drop towards 0.6815 this week as Fed and global economy may dent earlier risk-on sentiment.

This pair may drop towards 106.80 amid poor risk sentiment.

We expect price to rise towards 1511 this week.