Market Rebound Could Be ‘Fake’ As Major Risks Remain Unsolved 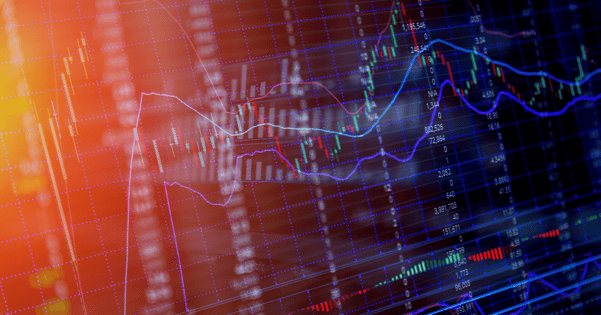 The past week’s stock gains, especially in the US, do not signal a fresh spate of risk-on. Recession talks could intensity sooner or later as cyclical/defensive ratio for European/US stocks has fallen to about the lowest in two years.

The S&P 500 and Stoxx 600 posted the first gains in four weeks. US stocks gained Friday after a reading of longer-term consumer inflation expectations settled back from an initially reported 14-year high and rate-hike bets pulled back. But overall gains in the S&P 500 for the week were boosted by defensive sectors such as health care and real estate, although tech also fared well.

In Europe for the week, defensives and tech led while commodity and cyclical sectors, miners, autos, and energy fell. Despite Friday’s rebound, energy was the worst performer in the S&P 500 as recession fears pressure commodities -- and its days of outperformance are likely over.

Tech is probably getting a bid as yields fall with markets pricing less urgency for rate hikes. With lower valuations, the sector has scope to retake some haven appeal. Overall, however, the trend is clear. Materials and energy saw the biggest redemptions in the week through June 22, while technology, communication services and real estate had inflows.

Market participants are well aware that global central banks must raise interest rates sharply, even if it significantly hurts growth. If they don’t, the world risks a 1970s-style inflationary spiral. Even if they do, the global economy could face a toxic combination of low or negative growth and high inflation, known as stagflation, it said.

The Federal Reserve earlier this month increased its policy rate by 0.75 percentage point to a range between 1.5% and 1.75%. Central banks in Australia, Canada, New Zealand, Switzerland and Norway have recently announced large 0.5-percentage-point interest-rate hikes, but their real policy rates remain far below zero.

Gradually raising policy rates at a pace that falls short of inflation increases means falling real interest rates. This is hard to reconcile with the need to keep inflation risks in check. Given the extent of the inflationary pressure unleashed over the past year, real policy rates will need to increase significantly in order to moderate demand.

Bear in mind that G-7’s sanctions on Russia has becomes wider now, increasing concerns on whether the energy shortage will intensify. The leaders of the G-7 nations will announce a ban on Russian gold imports, the UK government on Sunday also confirmed the move to ban Russian gold imports, saying it would apply to newly mined gold and refined gold, excluding gold that may have come from Russia but had already been exported.