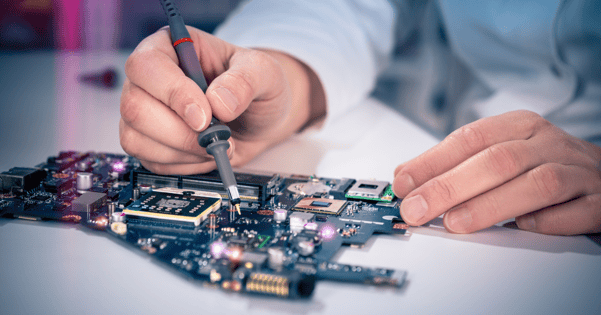 Technology stocks last week staged their biggest comeback since the global financial crisis. Some investors still are not sold on the sector

The Nasdaq Composite ended the week with its greatest two-day gain since 2008, as softer-than-expected inflation data fuelled investors' hopes that the Federal Reserve will decrease the pace of interest-rate hikes. Many investors are betting that when the Fed begins to taper its rate hikes, the group will once again lead the market's rally.

Several investors are sceptical that the recovery will persist. Previously, when the dot-com bubble burst in March 2000, selloffs took several painful months to play out, and the decline was characterised by large swings up and down. That is a sobering thought for investors hoping that the worst has passed following last week's stock rise. We think this is not a 'bear rally' as most of the factors that caused the earlier sell-off is easing.

Russia-Ukraine conflict, inflation, Fed policy, and energy shortages are some of the fundamental variables driving the sell-off in global stocks since the beginning of the year, and many of them are calming financial markets. The bear bounce in July-August was short-lived since Fed policy and increasing inflation were still impacting sentiment at the time.

Aside from that, Treasury yields and the dollar index may have peaked, and traders are expected to unwind previous positions or take profits as the year ends. The current uptrend could last until early next year, when traders will begin assessing market conditions in 2023, such as the likelihood of a recession, the Fed's terminal rate, and so on.

Slower inflation would only justify the Fed reducing its rate raise pace, but present inflation levels are far from sufficient to cause the Fed to pause. The 50-basis point increase in December is all but guaranteed, but the pace of the increase and the amount of the terminal rate remains unknown at this time.

Because the Fed has already forecasted the inflation outlook for 2021 inaccurately, they are unlikely to conclude the tightening cycle while inflation remains substantially above its target of roughly 2%. We expect the Fed to keep raising rates only until a mild recession occurs and that limiting inflation will continue to be a more important objective than avoiding a recession in 2023.

The dollar index could fall to 105 by the end of the year as the policy gap between the Fed and other major central banks narrows.

China has refined some of its Covid rules, such as shortening the quarantine period for international arrivals, and increased international flights should help strengthen business cooperation between China and its regional markets, lifting sentiment for many Asian currencies, including the Korean Won, Singapore Dollar, Malaysia Ringgit and Thai Baht.