Forex Future: How to Navigate the Asian Landscape for Maximum Profit 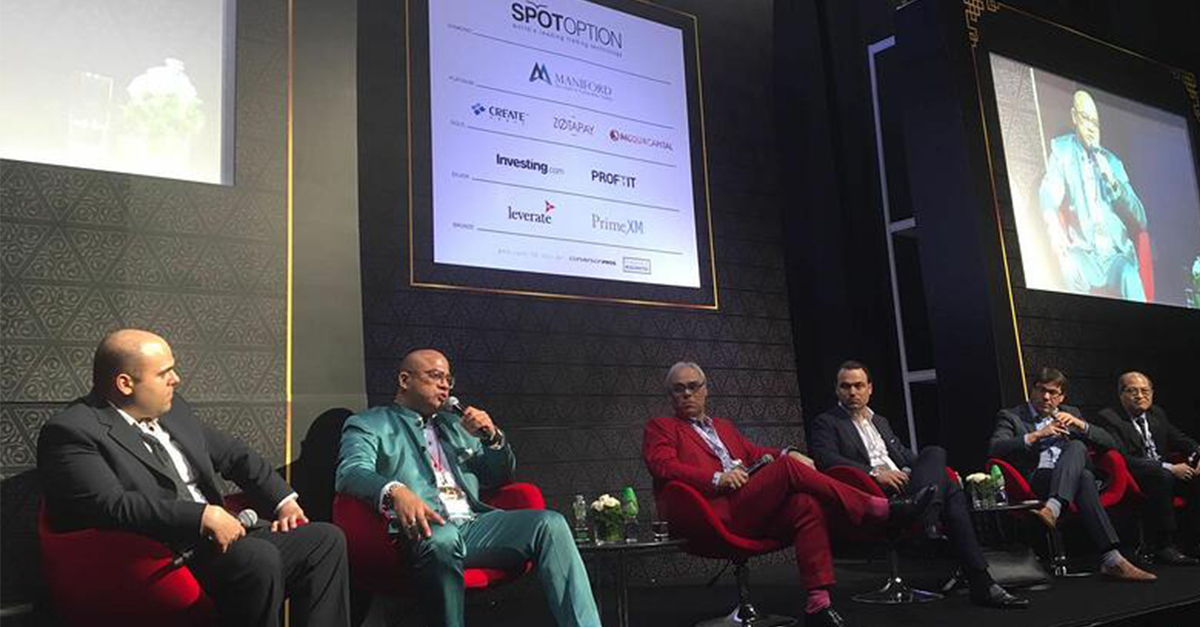 To get a grasp of the evolving nature of Forex in Asia, it is pertinent that we look through the history lens and understand what got us here in the ﬁrst place.

The global ﬁnancial landscape is indeed challenging and continues to change at a rapid pace. 2007 was the start of the global ﬁnancial crisis when the loss of conﬁdence in the value of sub-prime mortgages caused a liquidity crisis. Banks faced a credit crunch and loans came to a standstill.

After Bear Stearns (the ﬁfth largest investment bank in the US at the time) was sold to JP Morgan in March 2008, the chips fell quickly. On 14 September 2008, Bank of America announced that it was buying Merrill Lynch in an all-stock deal worth USD50 billion. On 15 September 2008, Lehman Brothers ﬁled for bankruptcy.

All this in just two weeks.

Before the world could adequately recover from the credit crisis, the eurozone crisis erupted.

In May 2010, Greece accepted a 110 billion euros bailout deal from the European Central Bank, the European Commission and the International Monetary Fund. Ireland became the next victim in November of the same year with a bailout deal worth 85 billon euros. The next three years saw Portugal, Spain and Cyprus needing help.

Where is the opportunity for the retail trader and investor against a backdrop of uncertainty? The answer, is the Forex Market. The Chart of Forex Volume

I was initially puzzled that the report saw a drop in Forex volume from 2013 to 2016. Digging further, I realised there was more to it than meets the eye. Here’s the determining factor: from 2013 to 2016, the US dollar actually strengthened 16% over its counterparts. Now, the USD0.2 trillion “loss” from USD5.3 trillion to USD5.1 trillion is “only” a 3.7% drop. So if you put that data into context – while volume may have seemed to have dropped, the real reason was the strengthening of the US dollar.

Compared to 2013, the share of the US dollar increased to 88 percent, which is higher by one percentage point. The euro remained in second spot with 31 percent, but declined by two percentage points. This marked a continued decline for the single European currency after it peaked at 39 percent in 2010.

Here comes the biggest question – what does all this data mean for Asia? Let’s look at 3 key themes:

According to the survey results, global ﬁnancial centres continued dominating the market in terms of market share – the top ﬁve were unchanged with the United Kingdom, the United States, Singapore, Hong Kong and Japan accounting for 77 percent of global foreign exchange trading. The ﬁgure was higher from 75 percent in April 2013 and 71 percent in April 2010. Here’s an important distinction – 3 out of the top 5 spots belonged to Asia.

Singapore remained as the largest foreign exchange centre in the Asia-Paciﬁc region and third largest globally after London and New York. The average daily trading volume of Singapore’s FX market was USD517 billion in April 2016, up 35% from USD383 billion in April 2013. Singapore’s share of global FX volumes had grown from 5.7% in 2013 to 7.9% in 2016.

Foreign exchange swaps made up the largest traded foreign exchange product class in Singapore and accounted for 48% of all trades, followed by spot FX (24%) and FX forwards (20%).

The expansion in Singapore's FX market was chieﬂy driven by growth in G-10 and Asian currencies. The currencies which increased the most included the yuan (78 per cent), yen (67 per cent), sterling (60 per cent) and South Korean won (55 per cent).

G-10 currencies are the most heavily traded currencies in the world. They are the US dollar, euro, yen, sterling, Swiss franc, Australian dollar, New Zealand dollar, Canadian dollar, Swedish krona and Norwegian krone.

2) China and the Yuan

The BIS survey highlighted the rise of emerging market currencies as it noted that the Chinese yuan had doubled since 2013 to about 4 per cent with an average turnover of USD202 billion daily in April 2016. That volume put the Chinese Yuan in 8th spot amongst the most actively traded currencies in the world. This is an improvement compared to 2013, when the Chinese Yuan came in at 9th spot just ahead of the New Zealand Kiwi.

In October 2016, the yuan was oﬃcially included into the International Monetary Fund’s (IMF) basket of reserve currencies, joining the US dollar, the euro, the yen, and the British pound.

The inclusion was a milestone in the internationalisation of the Yuan, and is the ﬁrst inclusion since the euro in 1999. Among other beneﬁts, the inclusion means China needs to hold less foreign reserves for the purpose of international credit.

Yuan trading has also expanded further because the currency has gained acceptance as a payment currency. The yuan was the ﬁfth most active currency for global payments in July 2016, according to global transaction service provider Swift.

China's foreign exchange reserves, the largest in the world, fell by USD320 billion in 2016 as authorities sought to support the yuan against a soaring dollar which encouraged capital outflows. The yuan fell around 6.5% against the dollar in 2016, the biggest annual drop since 1994, and expecta-tions for further weakening remain high in the face of a strong dollar.

At the same time, a persistently sluggish domestic economy is encouraging a ﬂight of funds in search of more remunerative investments abroad. Aware of the danger, China has tightened its measures to stop the outflow of capital, in particular by restricting many investments abroad considered doubtful.

Ironically, this has brought a lot of attention on the Forex side of things, causing an uptick in the number of retail traders in China who have opened accounts with international brokers.

Towards the end of 2016, a lot of regulatory changes (primarily in Europe) made headlines. The Cyprus regulator CySEC announced a ban on bonus payments by brokers to retail clients and limited the amount of leverage a brokerage could oﬀer.

CySEC’s move was followed by a similar proposal by the UK regulator FCA. Additionally, Israel and Russia has announced that Forex brokers need to obtain a license before oﬃciallyon-boarding retail traders. These moves will have two eﬀects on the Forex industry as a whole:

As we look ahead to the next 10 years, there will be 3 dominant trends in Asia:

Usage of cryptocurrencies have been booming over the years. With Bitcoin having been around since 2008, the knowledge and understanding around digital payments has also surged. Almost all bitcoin trading is done in China. Bitcoin surged 120% in 2016, outperforming every other currency in the world. From less than a 10% share in January 2012, the yuan now makes up over 93% of all bitcoin trading. Bitcoin also kicked oﬀ 2017 by rising above USD1,000 for the ﬁrst time since 2013.

One of the highlights in the retail world over the years has been that of social trading. Social trading allows traders to trade online with the help of others. It shortens the learning curve because traders can interact with others, watch others take trades, then duplicate their trades and learn what prompted the top performer to take a trade in the ﬁrst place.

A step-up from social trading comes the world of robo-advisors. Many people are turning to robo-advisors because fees are lower with no investment minimums.

BI Intelligence, Business Insider's premium research service, forecasts that robo advisors will manage approxi-mately 10% of all global assets under management by 2020. This would equate to approximately USD8 trillion. The Asia-Paciﬁc region is expected to account for USD2.4 trillion of that total volume due to riding trade and investments in the region.

Using cryptography to keep exchanges secure, blockchain provides a decentral-ised database or “digital ledger”, of transactions that everyone on the network can see. This network is essentially a chain of computers that must all approve an exchange before it can be veriﬁed and recorded.

Recently, some big names like Goldman Sachs and Mastercard patented some of the most promising blockchain technologies for themselves. Looking ahead, FX Blockchain will become a mainstay. Companies like Cobalt DL, Lykke and FXCH have started this journey. Some of the beneﬁts of FX Blockchain include greater transparency, lower costs and faster execution.

Open an account today and start trading with up to USD10,000 FREE!