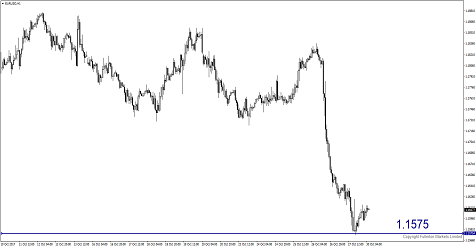 ECB will extend its monetary stimulus program until September of 2018

ECB decided last week to cut the level of the monthly bond purchases. The purchases will fall to 30 billion euros from the current level of 60 billion euros, starting in January 2018. The central bank said it would extend its monetary stimulus program until September next year. Failing to provide a firm end-date was considered as dovish, and Draghi told reporters on Thursday the decision wasn't unanimous. EUR/USD fell after the ECB meeting.

Still, ECB noted if financial conditions or economic outlook changes, its monetary policy will adapt to the new environment. ECB will reinvest the principal payments from maturing securities purchased under the current QE for an extended period of time after the end of its net asset purchases. This implied its balance sheet will continue to expand and increase for some time after next September.

According to past experience from the Fed, it only raised the policy rate 12 months after it ceased the QE programme. If that is the guideline for ECB, it may only raise its benchmark policy rates such as refinancing rate, deposit rate and marginal lending rate in late 2019. The risk is ECB lifting key interest rates earlier for economic reasons, but we do not foresee the economic and inflation conditions to improve substantially next year. Swap markets told similar story, euro zone overnight swaps showed only a 30% probability of a 10bps lift in the ECB deposit rate by the end of next year.

Announcing an exit from monetary stimulus looks difficult for the ECB, as euro zone’s inflation remained below its target of 2%.

For commercial banks, the longer-term funds mean they are more expensive, but these funds can safeguard against any sudden liquidity squeezes as fiscal deposits always rise during this period. Recently, China money markets have been under pressure with the 10-year yield rising to the highest level since 2014.

For FX markets, rising Chinese funding cost could hurt the manufacturing activities across the nation, leading to weaker demand on commodities.  This is not good news to the Aussie dollar.

China’s determination on deleveraging may increase downward pressure on the Aussie, this pair may drop towards 0.7630 this week.

Gold is in a downtrend as seen in H1 chart. We expect price to fall towards 1264 this week.