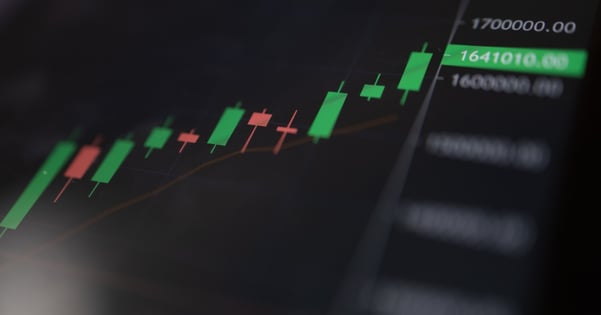 The current uptrend in global stocks may last weeks to months as new risks have become more visible.

Russia-Ukraine conflict, inflation, Fed policy, and energy shortages are some of the key factors behind the sell-off in global equities since the start of the year, but these negative factors are easing now. New risks to deteriorate the sentiment are missing from now to the middle of January, and the uptrend formed since the middle of October should stay intact in this period.

Weak economic data has become a positive event for risk assets as it eases Fed’s tightening fears. But the reality is that any sustainable gains in stocks in an economic downturn need policy easing, which would not happen until late next. Some visible risks have not been priced in the current valuation, including earning recession, much faster growth activities slowing down than inflation, and unwillingness for the Fed to ease in a recessionary environment.

Investors say recent optimism could soon evaporate as corporate profits get squeezed further. Market participants often use the ratio of a company’s share price to its earnings as a gauge for whether a stock appears cheap or pricey. If the earnings side of the equation pulls back, that could make the market look overpriced.

Fed's aggressive hike is ending, but the policy outlook in 2023 will be bumpy. Slower inflation would only justify the Fed's slow rate hike pace, but current inflation levels are far from sufficient for the Fed to stop raising rates.

The 50bps hike in December is almost fully priced in, but no dovish tone from Fed officials is to be expected. Investors should be aware that Fed does not want to see too much optimism in financial assets.

As the Fed has already incorrectly forecast the inflation outlook for 2021, they are unlikely to end the tightening cycle while inflation is still well above its target. Current major inflation drivers, including not many changes in supply chain shortage and wage growth, recent inflation easing could be just due to easing in energy prices.

We expect the Fed to stop raising rates only until a mild recession arrives, and that is the only way to permanently win the inflation battle.