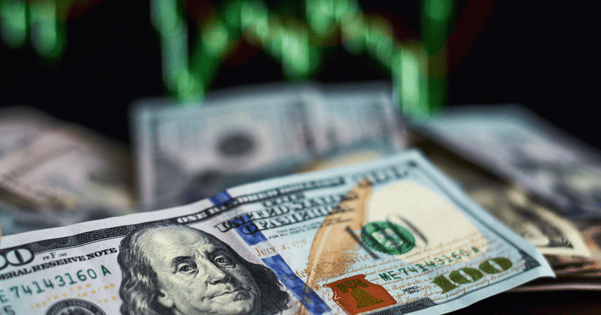 Many currencies across the world sank to their weakest levels in years last week as surprisingly robust U.S. inflation data gave fresh impetus to a months-long rally in the dollar. Emerging-market currencies, such as the offshore yuan, the Brazilian real and the South African rand, were among those losing the most ground.

The surging dollar partly reflects the increasing draw of U.S. assets, such as Treasuries, whose yields have climbed this year. However, it also signals increased wariness among investors about riskier assets. Stocks in many parts of the world have slumped as concerns build around slowing global growth and rapid inflation, coupled with the risk that forceful action by the Federal Reserve could tip the U.S. economy into recession.

Data released last Wednesday showed U.S. consumer prices rose by a faster-than-expected 8.3% in April compared with a year earlier, a reading that is likely to pressure the Federal Reserve to continue raising rates by at least a half-percentage point at a time.

The reality is that the market was not focusing on domestic drivers for individual countries, said Mr Tan at RBC, and recent interest-rate increases in India and Malaysia have not had much impact on their currencies. Years ago, high U.S. inflation meant a weak dollar. It is different this time, and many on Wall Street are betting it will stay that way.

The dollar is reaching multidecade highs against its trading partners, even with U.S. inflation at its highest level in nearly 40 years. The Dollar Index now is reaching highs unseen since 2002. The greenback’s climb has sent the euro, British pound and Japanese yen tumbling.

That is a different story than the one that played out in the inflation-plagued 1970s. The dollar plunged nearly 40% against West Germany’s mark, then one of Europe’s most influential currencies, between January 1974 and 1980. Federal Reserve Chairman Paul Volcker 1979 began sharply rising interest rates, fuelling a strong recovery for the dollar.

Given the lessening in the 1970s, currency derivatives markets indicate investors expect the dollar to continue to outperform. Bank traders said clients are buying options that pay off if the dollar continues to rise. Call options for the dollar versus the yen became more expensive than puts in March, a reversal in metric traders uses to gauge demand for the dollar.

A strong dollar allows Americans to buy goods from other countries at lower prices. But it can also hurt U.S. manufacturers by making products more expensive for foreigners, and it means U.S. businesses receive fewer dollars for their exports. Microsoft Corp. said in its earnings report earlier this month that a stronger dollar reduced the software company’s revenue, even though it notched higher profits last quarter.

Interest-rate derivatives show that investors expect the Fed to increase its benchmark federal-funds rate from its current level between 0.75% and 1% to just above 3% next year.

Another reason for the dollar’s dominance is the consistent outperformance by US assets over European assets. One measure of this can be seen in global stocks: Over the past decade, stocks in the US have earned investors outsize returns, while their European counterparts have remained lower and largely rangebound. The S&P 500 in December was up more than 400% since 2009, compared with a 137% advance in the Stoxx Europe 600 over the same period.

A strong dollar is very bad news for American companies that are trying to compete with foreign rivals, especially products with a high price point like iPhones. The dollar is the number one reason why analysts must cut their estimates this earnings season. It is not just Apple but also other companies with huge business exposure overseas like Johnson & Johnson, Caterpillar, United Technologies and 3M.

The issue might not go away anytime soon though, as U.S. interest rates are still higher than in most countries and paired with strong employment. They make the United States a stable source for foreign investors. That only contributes to dollar strength because those investors have to buy U.S. dollars.

A strengthening dollar also tends to weigh heavily on emerging markets and often causes foreign traders to pull back from investing there. By pushing down the value of emerging-market currencies, a rising dollar makes dollar-denominated debt more expensive for them to repay.