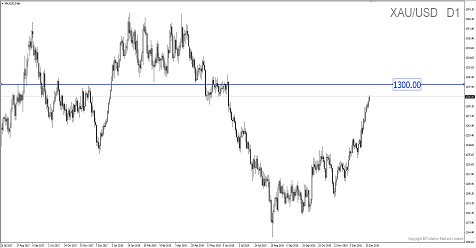 Apple’s outlook cut due to weakening iPhone demand added to worries about a slowing global growth; we could long gold as funds start to flow into safe-havens
A “flash-crash” happened just before 6.30am (SGT) this morning when yen surged to new highs in minutes. We saw the largest movement in AUD/JPY whereby this pair fell by 8% to a 2009 low while yen rose at least 1% versus the rest of the G10 currencies. 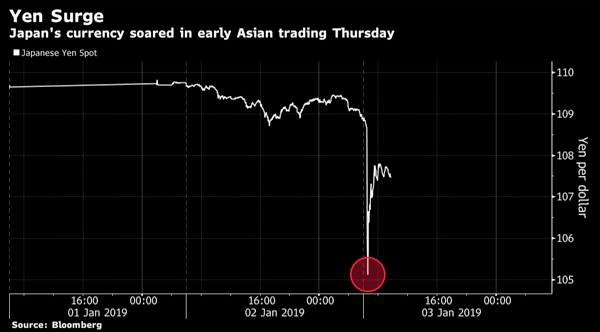 The change to a risk-on environment was due to a surprise revenue warning from Apple Inc, which added worries to the already slowing global growth. The spike in risk aversion triggered massive stop-loss flows from investors who held short positions on yen. In addition, a lack of liquidity due to Japan still on holiday after the New Year added to the sharp surge.

Even though the sudden surge in yen came as a surprise, we believe in the longer term there are other reasons for yen to rise:

The ‘flash-crash” seen this morning was primarily driven by technical factors and not fundamental. This could mean that we could see a slow retracement for yen in the short term. Our best bet will be gold as the upward momentum remains strong. Gold could continue to rise towards the 1300 level before facing any strong resistance.