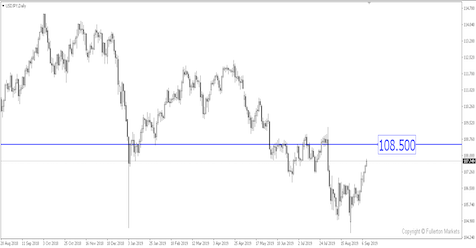 The ECB’s rate decision on Thursday could be the deal breaker on whether risk sentiments could continue to improve. Market is pricing in on a very dovish ECB which is expected to cut rates by 10bps and introduce a larger stimulus package.

However, the remarks by some ECB officials in recent days have cast doubt on the likelihood of a fresh round of asset purchases. Look out for our sneak peek tomorrow for a deeper analysis on the ECB’s monetary policy meeting.

USD/JPY could head higher towards 108.50 this week.

Breaking News: US NFP Surges by 4.8 Million While Unemployment Rate Fell to 11.1%

How to Choose the Appropriate Lot Size to Trade