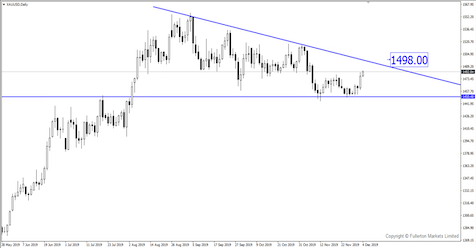 With the trade deal in peril after Trump said he liked the idea of waiting until after elections for the China deal, global trade risks will continue to rise into 2020. Long gold?