Blockchain – The New Frontier in the Forex Trading 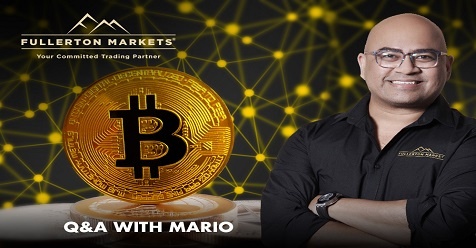 How will blockchain change the face of the Forex industry? We sit down with our CEO, Mario Singh, for a quick interview on the fast developments in the cryptocurrency world and how FX brokers can effectively leverage this new technology.

"Besides Cobalt and Lykke, what other companies do you see shaping themselves as important players within the FX blockchain space?

With the rapid growth of cryptocurrency, many companies are jumping on the blockchain bandwagon. One company that I’m paying close attention to is Continuous Linked Settlement (CLS), a UK-based financial institution that offers risk-reducing settlement services, as well as processing and data solutions in the FX marketplace.

Since September 2016, its early blockchain experiments have been put under CLSNet, a network that essentially plays the role of a sandbox for distributed ledger technology. CLSNet is a blockchain initiative between CLS and tech giant IBM. They also have another initiative called LedgerConnect which allows fintech companies to share and consume services hosted on a single distributed ledger network.

"Do you have any plans to integrate blockchain solutions into your existing tech?"

We have a project team that is currently exploring several initiatives in the blockchain space, and they’re looking at how blockchain can be incorporated in processes such as client onboarding, execution and cross-border payments, to name a few.

"What is the potential impact of blockchain technology on brokers’ activities (e.g. client onboarding, deposits, withdrawals, settlement, execution, liquidity)? In each case, how will blockchain complement or replace the existing technology?

I certainly think all the above can reap benefits from blockchain. The buzzword in blockchain is decentralization. Hence all these processes can benefit from decentralized record-keeping in a safe and transparent manner. The only caveat, perhaps, is in cross-border payments. Most brokers utilize verified merchants who provide online payment solutions.

In most cases, deposits are processed “straight through” after the due diligence phase is passed. The reason I don’t think blockchain can fill this space yet is due to the miners who need to verify a block of information. This takes time and additional costs in the form of gas prices charged by the miners. Hence, brokers are faced with a balancing act – how much speed are they willing to sacrifice if they adopt blockchain technology in their payment processing?

How will blockchain affect FX brokers in the short to long term? Are brokers expected to adopt the tech themselves or will new companies enter and dominate the space?

As with any industry, you have the good, the bad and the ugly. Many are diving into blockchain technology because it’s current while some are frantically launching their own coins to “disrupt the industry.” As with any undertaking, brokers should first have a sound understanding of the technology they’re using, including its risks, advantages and potential for growth.

In a blockchain paper written by IBM Institute for Business Value, I came across the words “Don’t speculate, innovate.” That’s absolutely spot-on – real innovators don’t speculate and let themselves be swept by the current; they trust data, harness trends and act on changes that are already happening.

In this case, blockchain serves as the platform for effective communication. It is an enabler of innovation and value. To have blockchain without solving any real issues is putting the cart before the horse. Think useless initial coin offerings (ICO).

"If blockchain were to bring a massive increase in transparency to brokers, would that help push bad actors out of the industry altogether?"

Sure, it will. Gone are the days where the company with the biggest budget wins. Clients aren’t stupid. They look for real value. Utilised correctly, the decentralised nature of blockchain and the increased ability to store information can certainly weed out the bad actors.

"On a similar note, what aspects of a trade cycle could be made more transparent by blockchain?"

I would say the whole nine yards. Online security today is a top priority. Here is one prime example: between late June and early July this year, Singapore’s largest group of healthcare institutions, SingHealth, was the target of a cyber attack. This incident of data theft – the most serious in Singapore’s history – affected a total of 1.5 million patients (including the Prime Minister of Singapore). These victims had important data, including their names, addresses, dates of birth and race information, stolen.

Blockchain is a very viable solution to vastly improve security in the FX industry. Decentralised record-keeping will make hacking that much more difficult, while increased visibility (through better tracking of movements and transactions) promotes a higher level of trust.