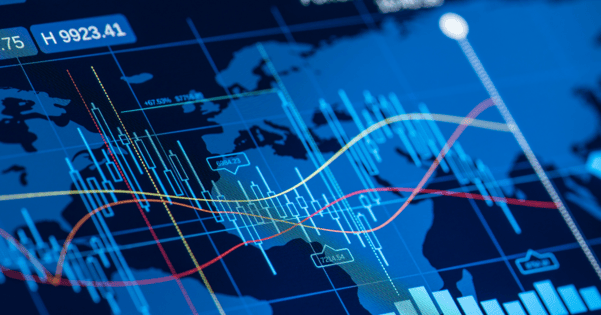 Fed is likely to hike another 75bps in July before slowing down the hiking pace from September to December and the Fed fund rate should be around 3% by end of the year.

Inflation should peak in Q3 if there is no gas shortage in Europe later the year amid Fed’s higher rates and slower consumption demand, which might offset the supply chain shortage impact.

Even with an aggressive rate hike, we expect no further massive gains in U.S. 10-year bond yield gain. If the Fed policy rate stays around 3% by year-end, U.S. 10-year government bond yield level at 3.2-3.3% should be justified. Also, uncertainties in U.S. stocks should provide further support to US bonds.

The worst period in U.S. stocks could be over, but only expect a meaningful recovery in Q4

Market participants are still not clear whether inflation has peaked, and how aggressive the Fed will be. Until these issues are clear, buy dips flow would arrive. The FOMC July meeting, Jackson Hole meeting in August and FOMC meeting in September are major events for the stocks market with huge uncertainties.

If the CPI readings were to drop below 8.2% in June, it will increase the expectation that Fed will start slowing the tightening pace in Q4, which is positive for stocks. Recession fears are another concern for stocks, but such concerns would provide some near-term support to stocks as bond yield is likely to inch lower.

The dollar could stay firm in Q3

Fed will still be one of the most hawkish central banks in the coming months and if no other major central bank can catch up with the pace, such an outlook would continue to support the dollar.

In Europe, its pace of rate hike should be very gradual in 2H even with its red-hot inflation, as ECB would continue to pay high attention to balancing fighting inflation and defending growth, which would limit the bond yield gains in the region. A soft euro would be an important support to the greenback.

Is China assets a great alternative to invest in?

Mainland’s assets may be served as a ‘safe haven’ as the economy has just entered into an easing cycle while most of the major economies are busy with tightening. Policy priority becomes clearer that it will lean toward pro-growth-oriented in 2H.

The only risk for Chinese assets in Q4 will be that USD/CNY turn higher due to different policy cycles between the Fed and PBOC. If the currency weakens above the 6.8 versus dollar later, some confidence in yuan assets might wane.